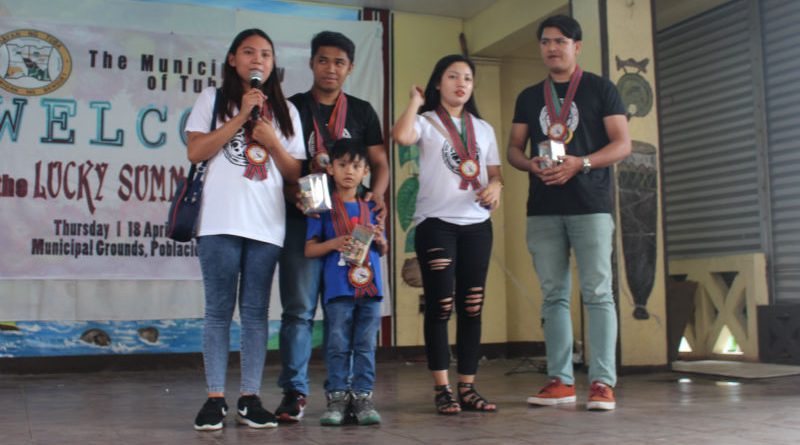 BAGUIO CITY  – The four lucky summer visitors expressed their sincerest gratitude to the Baguio Correspondents and Broadcasters Club (BCBC), the Baguio City government and sponsors of the 2019 Search for the Lucky Summer Visitor for having experienced a 4-day red carpet treatment during their stay in the city from Holy Thursday up to Easter Sunday.

The lucky visitors from Antipolo City and Morong, Rizal boarded a Baguio-bound Victory Liner in its Cubao station as chance passengers even standing inside the bus before they were chosen by the BCBC selection committee right at the Flying V Gasoline Station in Pugo, La Union, last Holy Thursday.

Peremy Losada, his partner Joan Topac and their son Jayson Gabriel Losada, and partners Cecil Pitique and Eran Mae Santiago were all praises for the special treatment they got from the BCBC, the host local governments of Pugo, La Union; Tuba, La Trinidad and Tublay municipal governments, and the Baguio city government, as well as the individual and corporate sponsors of the longest-running tourism promotions event.

From their selection in Pugo, La Union where the lucky visitors were accorded with a bountiful refreshment courtesy of Mayor Priscila M. Martin, the four first-time visitors to the city were treated to a similar refreshment by Tuba Mayor Ignacio Rivera before taking a short visit at the Lion’s head in Camp 7, followed by a motorcade around the central business district and a late-afternoon courtesy call with Mayor Mauricio G. Domogan.

The lucky visitors were toured around the city before taking a break at the Philippine Military Academy (PMA) where they had a chance to have a boodle fight with the cadets and toured the Burnham park area.

On Black Saturday, the visitors had breakfast with La Trinidad Mayor Romeo Salda before enjoying the experience of strawberry picking right at the La Trinidad Farm strawberry fields. The visitors motored to Tublay town to be welcomed by Mayor Armando Lauro and experienced the various amenities of WINACA, one of the famous resort destinations in the municipality before they were brought to the Tam-awan village, among other tourist destinations in the city.

Prior to their being sent off back home, the lucky visitors had a chance to go around the Baguio City public market to get souvenir items for their friends and relatives.

The annual Search for the Lucky Summer Visitor is a tourism promotions program of the BCBC in partnership with the Baguio city government, the Cordillera office of the Department of Tourism (DOT-CAR), the Benguet provincial government, the Pugo, Tuba, La Trinidad, and Tublay municipal governments, where first time visitors are selected from passengers of public buses plying the Baguio route, and are provided with a 4-day red-carpet treatment for their stay in the city inclusive of hotel accommodations, meals, guided tours, and souvenir items courtesy of individuals and corporate sponsors.

This year’s batch of lucky visitors is the 61st that traces back since the implementation of the partnership between the BCBC and the local government on the program that trace back in the late 1950s.

By Dexter A. See
Photos: Joan Topac delivers a short message during their Tuba stopover (top) where Tuba Mayor Igancio Rivera and officials of the municipality gave them, along with the group of media practitioners in Baguio, a warm welcome (middle). The group then proceeded to the BCBC Media Camp in Burnham Park where lunch was waiting to complete their first morning in the City of Pines as winning visitors.