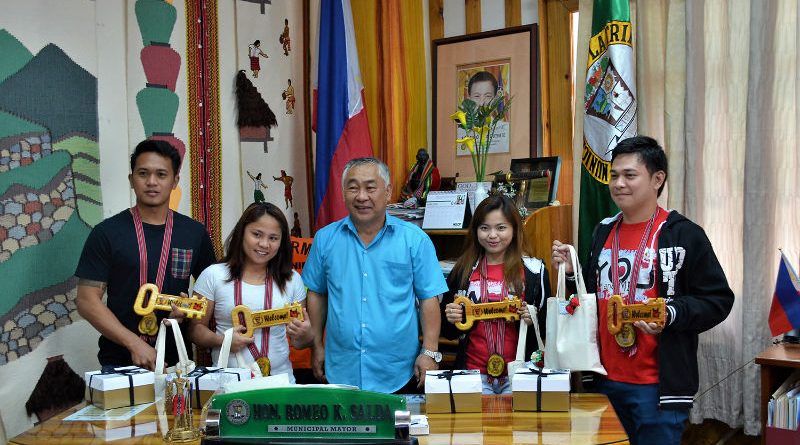 Jayson Caseres, 23, single, a wielder from Dumaguete City, Negros Oriental but temporarily lives in Taguig City, Elvien Coning, 30, single, a warehouse inserter who hails from Misamis Occidental but also lives in Taguig City, Alvin Francisco, 21, single, an information technology (IT) operator, who lives in Valenzuela City and Ira Jane Mislang, 21, single, audit staff from San Carlos, Pangasinan but lives in Caloocan City were chosen by the BCBC as this year’s lucky summer visitor during the selection that was done at the Victory Liner bus stop at Sison, Pangsainal last Maundy Thursday.

The annual Search for the Baguio-Benguet Lucky Summer Visitor is being done with the support of the city government of Baguio, provincial government of Benguet and the municipal governments of Tuba and La Trinidad aside from the support extended by the Cordillera office of the Department of Tourism (DOT-CAR) and major sponsors Philex Mining Corporation, NLEX Corporation, Baguio Country Club, Hotel and Restaurant Association of Baguio (HRAB), Sm City Baguio, SN Aboitiz Power (SNAP) Benguet, Benguet Electric Cooperative (BENECO), the Cordillera office of the Bureau of Internal Revenue (BIR-CAR), Baguio Water District and Hotel Supreme.

After being selected as this year’s lucky visitors, they were immediately brought to the entrance of the Aran cave in Camp 3, Tuba town for the initial reception ceremonies where they were met by Tuba Mayor Ignacio S. Rivera, Councilor Niño Milo, municipal tourism officer Anabel Solano and a number of Camp 3 and Twin Peaks barangay officials.

The lucky visitors also had photo opportunities in the Lion’s Head and viewdeck areas before paying a courtesy call to Mayor Mauricio G. Domogan as well as provided a welcome dinner by the organizers.

The lucky visitors also visited various tourist spots around the city before being treated to a buddle fight by the Philippine Military Academy (PMA) while Le Monet sponsored their dinner last Good Friday.

On Black Saturday, the lucky visitors had the chance to visit the STOBOSA painting along Km. 3 before being treated to breakfast by La Trinidad municipal officials led by Mayor Romeo Salda and the traditional strawberry picking. The visitors then visited the WINACA eco park in Tublay before dropping by the Tam-awan and BenCab museum.