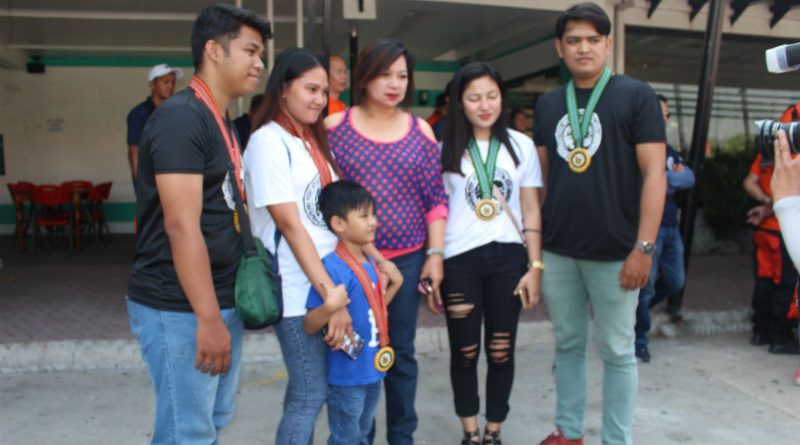 PUGO, La Union – Four young professionals and a child were chosen by Baguio-based media personalities as this year’s batch of Lucky Summer visitors during the selection that was done along Marcos highway, here, Thursday morning.

The lucky visitors were selected from a Baguio-bound Victory Liner, the seventh bus where the search was conducted, which passed along the main road leading to the city proper.

The lucky visitors were reportedly chance passengers of the bus who have to wait for over 4 hours in the Cubao terminal of the bus and who were in standing position for over 6 hours prior to their being chosen as beneficiaries of the annual tourism promotion program of the Baguio City government in partnership with the Baguio Correspondents and Broadcasters Club (BCBC), the oldest media organization in the city.

Mayor Priscila M. Martin said the people and officialdom of Pugo were elated to be included as part of this year’s lucky summer visitor program considering that the mere presence of media personalities doing the search in the municipality was definitely an added boost to the growth of the local tourism industry because of the exposure that the town will be receiving from the program.

She proposed that the BCBC and the municipal government should enhance the already established relationship so that foreign and domestic visitors wanting to explore the beauty of nature will have alternative destinations to visit like Pugo before going up or after coming from Baguio city.

According to her, Pugo plays host to clean river systems, world class resorts, beautiful sceneries among other ecotourism destinations worthy of visiting for them to enjoy their visit to Baguio, Benguet and La Union, especially during the Holy Week break.

The Search for Lucky Summer Visitor is an annual tourism program that seeks to provide first-time visitors to Baguio city with a 4-day red carpet treatment and free visits to the different tourist destinations in Baguio Benguet and La Union aside from being given a rare chance to have strawberry picking right at the strawberry fields in the capital town of La Trinidad.

Martin pointed that Pugo, being one of the gateways to Baguio city, will surely treasure the opportunity provided by the members of the media for the municipality to be given a chance to be continuously promoted as an alternative tourist destination in northern Luzon with tourist spots worthy of visiting coupled with peace-loving people who are eager to welcome the influx of visitors in their places.