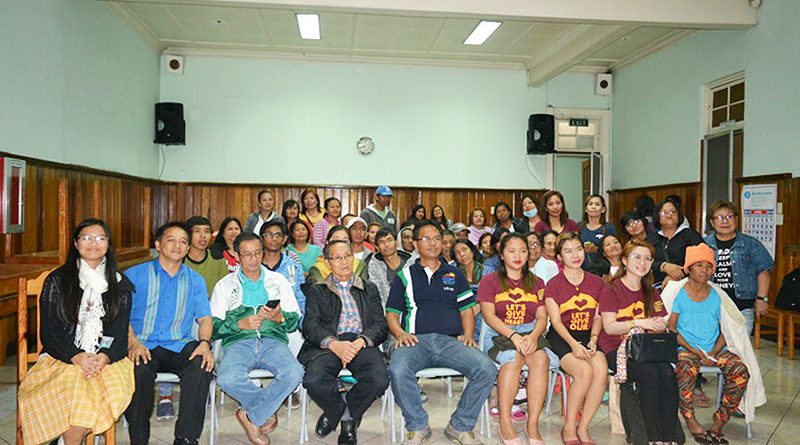 Councilor Leandro B. Yangot, Jr., who celebrated his 51st birthday last April 25, 2018, personally distributed some 93,500 which he was supposed to spend for his birthday party to the beneficiaries who were present during the simple turnover rites held at the BGH dietary hall.

“We thank the Lord for continuously showering us with his blessings and we want to share our blessings with our dialysis patients who are the ones who need continuous assistance for them to sustain their expensive treatment, especially that the assistance they are getting from concerned agencies and the local government is actually limited,” Yangot stressed.

Aside from his personal money, the local legislator solicited part of the funds that were distributed from his friends, family members and supporters who were able to raise the amount that was equally divided among the dialysis patients and their partners who were present during Wednesday’s turnover ceremony.

Yangot assured the dialysis patients that he will do his part in helping them raise funds which will be given to them as assistance for their dialysis treatment considering the difficulty in having a family member, relative or friend undergo the life-long dialysis.

A good number of Baguio-based dialysis patients were texted by the alderman’s office staff for them to attend the turnover ceremony but only 38 patients and their partners appeared Wednesday evening, thus, they were the ones that divided the funds that were raised supposedly for Yangot’s birthday celebration but instead for the treatment of the patients.

The minimal extra funds were also turned over by the local legislator to the association which shall be used for their future needs in undergoing the dialysis treatment.

More than 300 dialysis patients are undergoing hemodialysis treatment in the BGH dialysis center over the past several years.

Yangot assured the dialysis patients that he will turnover whatever late pledges that will receive in the future so that they will have some funds that they could use for their on-going treatment in the dialysis center.

Milagros Lacdao, president of the BGH Dialysis Patients and partners Association, Inc., expressed the group’s gratitude to Councilor Yangot for spending his valuable time with them and donating a substantial amount that will surely go a long way to sustain their treatment considering that undergoing dialysis treatment will really drain the available resources of families, thus, the need for assistance from good Samaritans.

Among the donors of the amount that was turned over to the patients aside from the Yangot family include Yamang Bukid courtesy of Michelle Maduro and Alma Buyacao, Enrique Palangdao, Douglas Rufino, Mindee Pila, Jansen and Karmin Nacar, Saria Gallotan, Atty. Jonathan Tambol, Arvid Cyril Pangilinan, Atty. Potenciano Mangusan, Atty. Nelson B. Gayo, Romulo Flora and Benita Bagto.