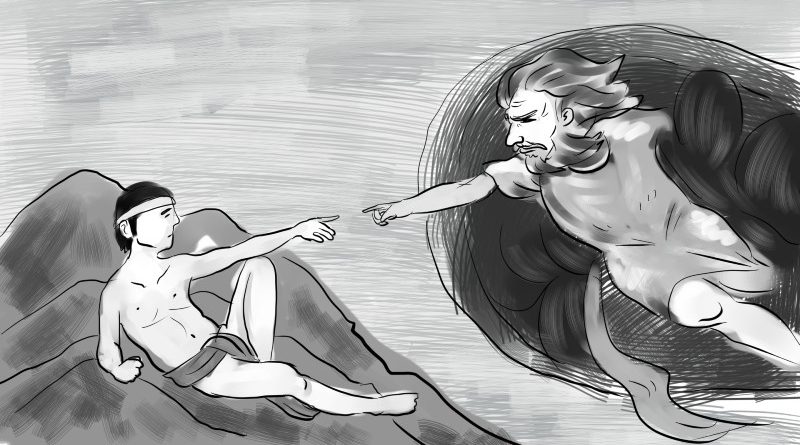 Today, exactly 34 years ago, stalwarts of the Cordillera Bodong Administration–Cordillera Peoples Liberation Army (CBA-CPLA) entered into a ‘sipat’,  popularly known as the exchange of peace tokens, between the advocates of autonomy in the Cordillera and the |Philippine government represented by former President Corazon C. Aquino. The ‘sipat’ is actually a ritual that preludes the traditional ‘bodong’  process. Obviously, the ‘sipat’ did not happen overnight.

In the early 1980s, there was armed struggle in the Cordillera because of the maldevelopment priorities of the national government that looked at the region and the ancestral domains of its indigenous peoples, simply as resource bases. Thus, development projects were aggressively being planned and implemented displacing some of the indigenous peoples from their ancestral domain. This was seen in the implementation of environmental critical projects, such as  logging, mining, and dams including the planned construction of the Chico river dam system. The armed struggle went on for nearly a decade until the toppling of the Marcos dictatorship through a bloodless revolution in 1986. Emissaries of the Aquino administration reached out to the CB-CPLA for the concerned parties to undergo peace talks for a possible peace agreement that will put an end to the long-standing armed conflict. The parties came to terms where the CBA-CPLA committed to end the armed conflict while the government agreed to continue partnering with the group to address the legitimate peoples’ issues through the attainment of regional autonomy.

The CBA-CPLA presented to their government counterparts a 26-point demand that were extensively discussed during the close door meeting held at the Mount Data Hotel in Bauko, Mountain Province on September 13, 1986. After an extensive discussion between the government peace panel and CBA-CPLA peace negotiators, both parties committed to work together to address the legitimate peoples’ issues and the clamor for autonomy. Indeed, there was a commitment from leaders on how to go about everything with the primary condition for an end of the hostilities and for the realization of law and order in the Cordillera.

The Aquino administration worked for the inclusion of the provision in the 1987 Constitution allowing the establishment of autonomous regions in Muslim Mindanao and the Cordillera with the requisite conditions prior to the realization of the constitutional provision.

On July 15, 1987, President Aquino issued Executive Order (EO) No. 220 that created the Cordillera Administrative Region (CAR), a special temporary administrative region, purposely to accelerate the socio-economic development of the region, administer the affairs of the government in the region and to prepare the region for autonomy. Under the presidential issuance, the CAR shall be composed of the provinces of Abra, Benguet, Mountain Province and Baguio City from Region I and the provinces of Ifugao and Kalinga, Apayao from Region II.

In 2006, the Regional Development Council (RDC) in the Cordillera approved to make autonomy as an overarching agenda to pioneer the growth and development of the region. Since then, a number of proposed autonomy bills had been filed in previous Congresses up to the present one to establish the Autonomous Region in the Cordillera (RC) but the same did not see light in the lass of Congress thereby leaving the CAR as a temporary administrative region.

Previously, the RDC also passed a resolution requesting the Office of the President to declare every September 13 as a special non-working holiday of the CAR to allow the people and officialdom of the region to commemorate the historic Mount Data ‘sipat.’

The CAR has been commemorating the ‘sipat’ anniversary annually but it seems that nothing has been significantly achieved from the said celebrations. However, the long route towards autonomy still remains and that autonomy remains an aspect of governance that has been elusive. The significance of the commemoration of the ‘sipat’ should not serve as a mere commemoration but it should now serve as a constant reminder for both the Cordillerans and the government to fulfill their respective commitments under the historic agreement. Our lawmakers should be reminded to sustain the advancement of the region’s autonomy advocacy for autonomy by working for the immediate passage of the pending autonomy bill in both chambers and for the eventual signing of the law by no less than the President who earlier committed to support the region’s quest for autonomy.

The realization of autonomy will mean a lot for the Cordillerans because it would speed up the development of the region as  whole through the crafting of appropriate rules and regulations governing the utilization of its resources relevant to the region and not for the national government to impose template guidelines. Obviously, the region’s development has been stalled because the national government continues to misunderstand the situation in the highlands. Let us continue to advance our quest for autonomy and let the commemoration of the ‘sipat’ be a constant reminder for everyone not to buckle down in achieving autonomy for the benefit of the present and future generation of Cordillerans.