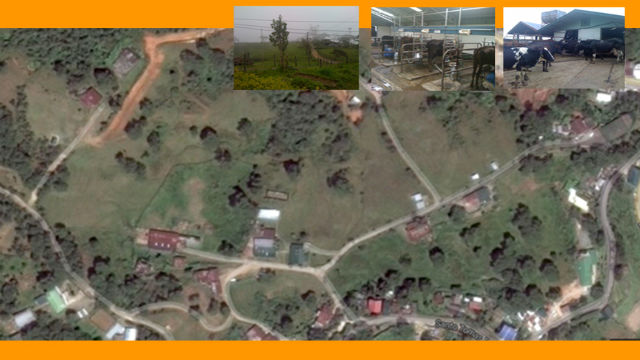 The more than 10 hectares previously ceded by the agriculture department to the city government will host three big ticket projects funded by the city or implemented through the public-private partnership (PPP) scheme.

Mayor Benjamin B. Magalong said that among the projects there at the Baguio Dairy Farm will include the integrated transport terminal, the relocation of the city abattoir, and the possible put up of a cold chain facility.

He added that prospective investors for the put up of the city’s integrated transport terminal are bullish about the project thus plans for the said project are now being readied for the competitive bidding process.

Further, the city already identified a portion of the Baguio Dairy Farm as the potential relocation site of the city’s slaughterhouse after the initial site identified for the project is encountering some problems on land issues that might delay the planned relocation of the facility for the same to be modernized pursuant to existing standards.

Another facility that will be established within the government property is the proposed cold chain facility to preserve the quality of highland vegetables for buyers from the National Capital Region (NCR) and various parts of the country.

The proposed integrated transport terminal will be the city’s south-bound terminal where public utility vehicles currently using Gov. Pack Road as their staging and parking areas will be relocated to help in easing the prevailing traffic congestions along the major roadline.

On the other hand, the city identified a portion of the Baguio Dairy Farm to permanently host an upgraded and improved abattoir to benefit producers of quality meat products and ensure the adherence to proper meat handling defined under existing laws, rules and regulations.

Earlier, the city government locked down the city’s slaughterhouse after a significant number of butchers tested positive for the dreaded Coronavirus Disease 2019 (COVID-19).

Initially, the city identified a public property in Pinsao Proper as a potential site for the relocation of the abattoir, however, city officials decided to forego the project in the area because of existing land problems that could further delay the implementation of the project as the transfer of the slaughterhouse to a suitable area is one of the priority projects of the present administration.

The mayor instructed personnel of the City Veterinary and Agriculture Office (CVAO) to conduct an ocular inspection in the city-owned portion of the Baguio Dairy Farm to ascertain the area feasible for the relocation site of the abattoir.

Moreover, he added that the CVAO personnel must also look into exiting abattoirs in other parts of the country that could be replicated in the city as a model for the slaughterhouse to be built at the new site. By Dexter A. See