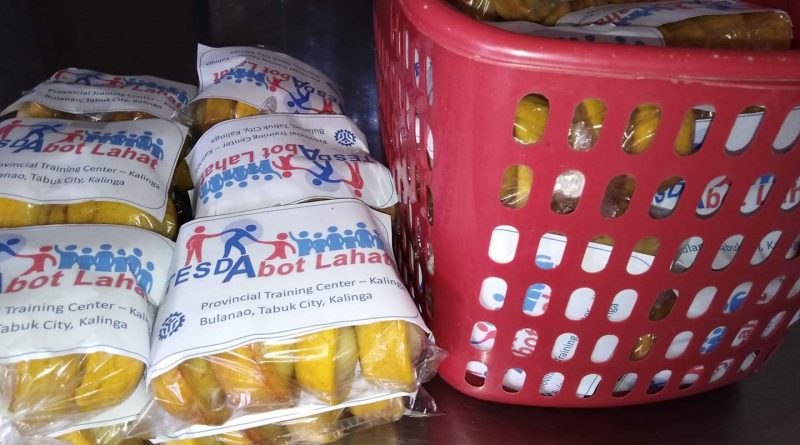 LOAKAN— The TESDA Provincial Training Center (PTC) in Kalinga has produced and distributed a total of 2,380 pieces of kabayan bread and other baked goods to frontliners manning the different checkpoints, the center administrator reported on May 25, 2020.

PTC Administrator Artemio Jose, Jr. explained that the first tranche of 1,600 pieces of bread were distributed to the frontliners at Barangays Spring, Rizal, Talaca, Callagdao, and Baligatan, Tabuk City.

He said that the second tranche, consisting of 600 pieces of bread, were given to the checkpoints at San Juan, Dagupan Centro, Dagupan West, Ubbog, Magsaysay, Appas, Basao Isla, San Juan Station B, and Bulanao.  Also in Tabuk City.

“Recently, we distributed 180 pieces of kabayan bread to another batch of frontliners and health workers,” he said.

Aside from the kabayan bread distribution, PTC-Kalinga earlier produced and donated 68 face shields and 68 face masks to frontliners.

Mr. Jose explained that the continuing efforts of PTC-Kalinga is a response to the TESDA Director General’s directive that the Agency will provide assistance and support to efforts in containing COVID-19.

By PMTG/TESDA
Banner photo: Some of the baked goods distributed by TESDA to different parts of the Cordillera. Photo by PTC Kalinga