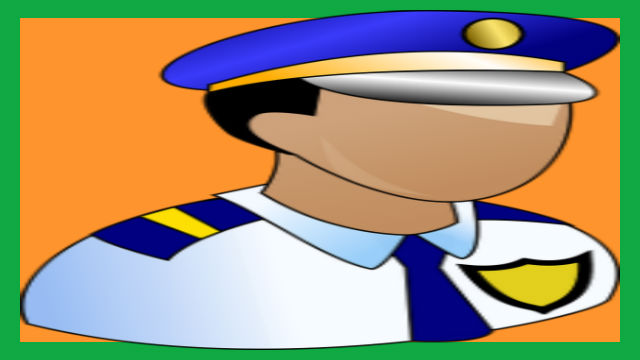 BAGUIO CITY – Concerned employees of the Benguet Electric Cooperative (BENECO) recently filed before the Philippine National Police – Internal Affairs Service (PNP-IAS) an administrative complaint against ranking police officers for the alleged irregularities in the performance of their duties and for gross incompetence in relation to the unwarranted siege at the electric cooperative’s main headquarters in the wee hours of the morning of October 18, 2021.

In their 14-page affidavit complaint, the 19 BENECO workers initially identified the potential respondents to the said administrative case as Police Brig. Gen. Ronald Less, Police Col. Joshua Alejandro, Police Col. Glen Lonogan and 24 other police officers who were said to be involved in the execution of the unwarranted siege that caused the unnecessary interruption in the services of the electric cooperative.The complaint stated that the said police officers and personnel allegedly acted as bodyguards or security guards for Project Supervisor Omar Mayo, who was declared persona non grata in Baguio and Benguet, and his cohorts in breaking open the main BENECO office on October 18, 2021 causing pilferages, damages and thievery on the electric cooperative’s properties without approval by the proper authorities concerned.

Further, the police officers and personnel were accused of gross incompetence on their actions where they allegedly committed the same by reason of manifest lack of ability and fitness for the satisfactory performance of their assigned duties.

The complainants are currently employed at BENECO holding supervisory positions and that the issue on the legality of the act of the National Electrification Administration – Board of Administrators (NEA-BOA) in appointing the general manager is not new to them and that even the respondents.

As an offshoot of the pending legal issue on the questionable action of the NEA-BOA, Mayo was given by NEA a purported order to enforce a controversial preventive suspension order against some BENECO officers and members of the Board of Directors where the said questionable order was already served by the former on September 28, 2021.

According to the complaint, the purported NEA-appointed manager, Atty. Ana Marie Rafael, wrote to the NEA-BOA requesting the said office to seek the assistance of the law enforcement agency.
Subsequently, in a letter dated October 8, 2021, Emmanuel Juanesa, alternate chairman of the NEA-BOA wrote to former PNP Chief Guillermo Eleazar requesting for police assistance for the full implementation of the purported preventive suspension order and for the same to deputize the police officers that he may designate.

On the wee hours of October 18, 2021, mayo and his cohorts, shielded by darkness and who were then escorted and guarded by the 24 still unidentified respondents who are members of the Regional Mobile Force Battalion (RMFB) and being physically, bodily and tangibly led, controlled and commanded at that time by Lonogan, stormed the BENECO main office along South Drive.
The complaint added that then under the guise of implementing the suspension and in the absence of and without prior communication with the responsible and authorized officers and employees and without regard to decency and dignity, Mayo and his cohorts who were then escorted and guarded by the 24 still unidentified police personnel allegedly forcibly opened the main door entrance of the office and forced their way in the said building.

Once inside the building, Mayo and his cohorts freely roamed and wondered around the BENECO offices and its premises and did everything they wanted to without any protest or opposition from any person then present, not even by the security guards employed by the electric cooperative.

Worst, while inside the BENECO building, the complaint stipulated that Mayo and his cohorts with their bodyguards allegedly forcibly open the MI”ICS office and were able to dismantle and removed and even took away the CCTV recorded and another recorded inside the said office.

Moreover, Mayo and his cohorts allegedly blocked the main entrance and teller area of the BENECO building using chairs and during the said siege, the group continued to roam around inside and outside the BENECO premises without any clear objective in doing so.

The complainants asserted that all the aforesaid illegal acts were done by Mayo and his cohorts in the presence and the presence of the plain sight of the 24 still unidentified police personnel who were being led, controlled and commanded at that time by their senior officers earlier named.

The complainants emphasized that by the admission of the police officers, it is clear that prior to the implementation of the controversial suspension order, there was a coordination, meeting or a briefing between the NEA people and the respondents, thus, the concerted action of Mayo and his cohort6s and the police personnel were all pre-meditated and planned before its execution not in the early morning as wrongfully claimed by their senior officers.

The complainants alleged that there is nothing in the suspension order much less in the letter of Juanesa to Gen. Eleazar that in implementing the preventive suspend order, Mayo and his cohorts can forcibly open the BENECO premises and enter the same and once inside can block the entrance, dismantle the equipment’s, and freely enter the different offices inside the building.

As law enforcers and agents which the police officers claim to be apolitical, the complainants argued that all the respondents could have prevented Mayo and his cohorts from forcibly opening the main entrance of the BENECO building among other related illegal acts that were committed at that time.