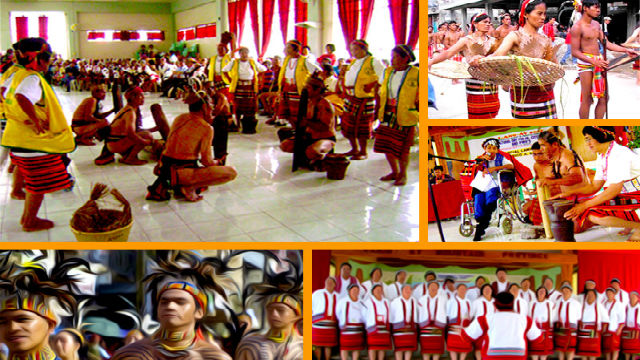 MANKAYAN, Benguet – Mayor Frenzel A. Ayong formally administered the oath of office of Councilor Toriano C. Organo as the town’s first Indigenous Peoples Mandatory Representative (IPMR) to help in enhancing the efforts of the municipal government to preserve the rich culture and traditions of the indigenous cultural communities and the indigenous peoples (ICCs-IPs).

Organo is the incumbent IPMR of barangay Sapid which is the first barangay in the municipality that was able to select its IPMR pursuant to existing customary laws and practices.

The swearing into office of the first municipal IPMR was Mayor Ayong’s first official function after reporting to work upon recovering from his bout with the dreaded Coronavirus Disease 2019 (COVID-19) over the past three weeks.

He congratulate the IPMRs from the different barangays for continuously upholding the age-old and time-honored customary laws and practices in the selection of the municipality’s first IPMR as he challenged them to continue cascading and passing to the present and future generations the aforesaid rich culture and traditions of the tribes so that the culture and traditions that were passed on will be carried on to the generations to come.

According to him, the municipal government will fully support the initiatives of the municipal and barangay IPMRs, especially in working for the preservation and protection of the rich culture and traditions of the ICCs-IPs for the future generations to be able to appreciate the customs and traditions where their ancestors originated.

Mayor Ayong disclosed that the local government gives premium to the effective and efficient preservation and protection of the rich culture and traditions of the ICCs-IPs because what matters is that the same will not get lost in the passing of generations due to inter-marriages among members of different tribes from the different parts of the country and even in the global village.

The mayor urged the IPMRs to sustain their engagement with the different tribes in their areas of jurisdiction to be able to embrace the appropriate strategies and mechanisms that will contribute in the overall efforts of the national and local governments to work for the sustainable preservation and protection of the rich culture and traditions of the ICCs-IPs in their respective places.

Under the pertinent provisions of Republic Act (RA) 8371 or the Indigenous Peoples Rights Act (IPRA) of 1997, local governments are mandated to have their respective IPMRs who will represent the ICCs-IPs in their respective areas of jurisdiction, especially in the legislation of rules and regulations that will uphold the greater interest of the ICCs-IPs.

The oath taking of the town’s first IPMR was witnessed by other municipal officials and Michael Umaming of the Cordillera office of the National Commission on Indigenous Peoples (NCIP) that allowed him to occupy the position of a municipal councilor who will be enjoying the benefits and privileges of an elected councilor pursuant to the provisions of RA 7160 or the Local government code of the Philippines. By HENT