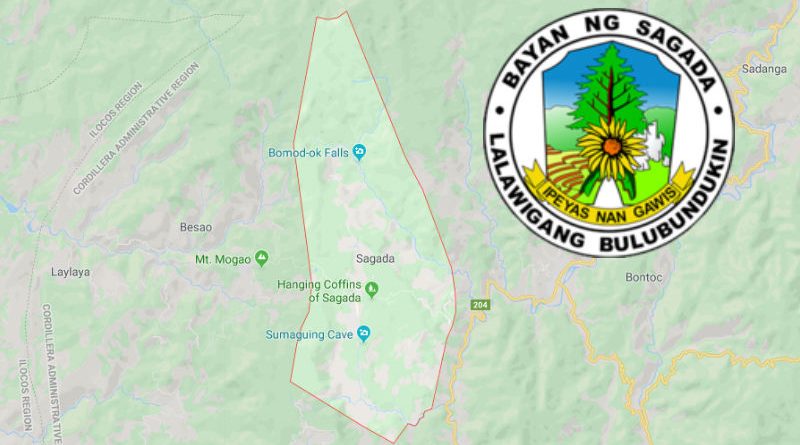 SAGADA, Mountain Province – The municipal government recently got some 3,000 doses of vaccines to inoculate some 1,500 tourism workers as part of the efforts of concerned government agencies and the local government to prepare for the possible gradual and safe opening of the tourism industry soonest.

Mayor James Pooten expressed his gratitude to Presidential chief legal counsel Salvador Panelo for bringing to the attention of health authorities the need for additional vaccines for the municipality purposely to be inoculated to tourism workers who are considered to be part of the town’s vulnerable sectors.

The mystical town of Sagada which is home to famous caving, trekking and nature destinations is being frequented by thousands of foreign and domestic tourists annually.

With the recent surge in Coronavirus Disease 2019 (COVID-19) cases in various parts of the country since July, the local chief executive claimed that the planned opening of the town’s tourism industry will have to be scheduled in a later time until such time that the situation will improve to avoid the local health care system from being compromised.

Mayor Pooten stipulated that the additional doses of vaccines for the local tourism workers will definitely help in improving the town’s vaccination rate to ensure that a significant portion of the population will be inoculated in preparation for the opening of the local tourism industry in the future.

According to him, once the additional vaccines that were provided by the health department will be vaccinated to the identified recipients, the town’s vaccination rate will improve to more or less 40 percent of the eligible population.

Pooten claimed that the municipal government will continue to make appropriate representations with concerned government agencies and the inter-agency task force for the management of emerging infectious diseases for the provision of more vaccines that will be vaccinated to the increasing number of residents who are willing to be vaccinated.

He admitted that the pandemic has heavily impacted the local economy which is primarily reliant on tourism that is why concerned stakeholders are keeping their fingers crossed that the ongoing surge in COVID-19 cases will be contained so that there will be a greater opportunity for the tourism industry to be opened and allow people to get back their established sources of income, employment and related economic activities and sources of livelihood.

The mayor stipulated that the increasing number of residents wanting to be vaccinated with the available vaccines only shows their desire to cooperate with the existing policies of the government to help in containing the further spread of the virus in the community which might affect the gains of the implementation of the various levels of community quarantine just to prevent the health care system from being compromised and the frontliners from being unduly stressed.

Pooten appealed to the residents to continue their compliance to the implementation of the minimum public health standards as part of the measures to prevent them from contracting the deadly virus and transmitting the same in their homes and the community where they belong. By Dexter A. See

11       11SharesThis post has already been read 1803 times!Winners of the 2021 Productivity Olympics were announced during the First Ever Virtual