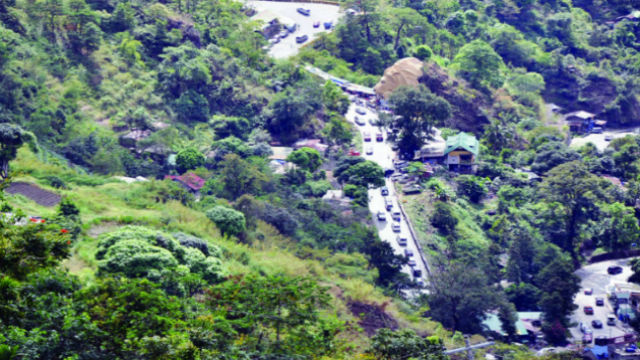 BAGUIO CITY  – Some fifteen alleged illegal structures within the Lions Head along Kennon road will be demolished by the members of the city demolition team on October 10-11, 2017.

The demolition of the said illegal structures was based on Demolition Order No. 08-11-08, series of 2017 jointly issued by City Building official Engr. Nazita F. Bañez and District Engineer Rene Zarate of the Department of Public Works and Highways–Baguio City District Engineering office (DPWH-BCDEO) issued last August 11, 2017.

Based on the demolition order, in case of inclement weather on the scheduled date, the dismantling of the illegal structures can be done any day without any prior notice issued to the alleged informal settlers who built their illegal structures within the Lions Head area.

The local government and the DPWH-BCDEO stated prior to the date of implementation of the demolition order, the owner of the structures had been advised to voluntarily demolish their structures.

The order noted based on the results of the investigation of the DPWH road-right-of-way committee, the said illegal structures located in barangay Camp 7 near the famous Lions Head, Kennon road, consisting of shanties and stores, had been found to be obstructing the road-right-of-way of the scenic and historic zigzag road and had also been found to have been converting the road-right-of-way for alleged illegal use in clear violation of Section 23 of Presidential Decree No. 17, otherwise known as the Philippine Highway Act as amended, which provides that it shall be unlawful for any person to usurp any portion of a right-of-way, to convert any part of any public highway, bridge, wharf or trail to his or her own private use or to obscure the same in any manner.

On the other hand, the City Building and Architecture Office (CBAO) also found that the shanties and stores have been constructed without the required building permits in violation of Section 301 of the National Building Code of the Philippines or PD No. 1096 in relation to its implementing rules and regulations which provide that no person, firm or corporation, including any agency or instrumentality of the government, shall erect, construct, alter, repair, move, convert or demolish any building or structure or cause the same to be done without first obtaining a permit therefore from the building official assigned in the place where the subject building is located or the building work is to be done.

The district engineer and the building official is empowered by pertinent laws, rules and regulations to authorize the dismantling of the illegal structures found obstructing the road-right-of-way of Kennon road to make sure that the road will be free from obstructions impeding the smooth flow of traffic, among others.

The local government and the DPWH-BCDEO requested the Baguio City Police Office (BCPO) to provide the security force needed to ensure the peaceful and orderly implementation of the demolition order during the scheduled date of the dismantling of the illegal structures.