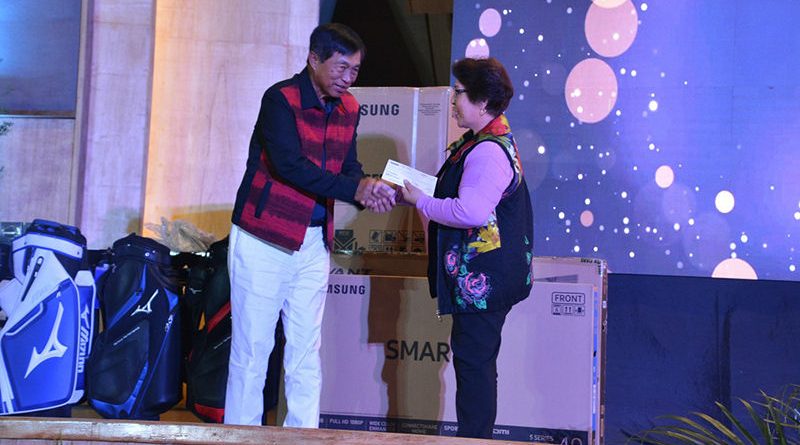 BAGUIO CITY – Some fourteen groups in the city were able to benefit from the proceeds of the annual Atty. Mauricio G. Domogan golf tournament that was held at the Baguio Country Club and Camp John Hay fairways last October 11-13, 2019.

Former Mayor Mauricio G. Domogan said that he was reluctant to continue with the golf tournament after the end of his term but his friends, players and sponsors prodded him to pursue the event considering that they will support the tournament even if he is no longer a public servant.

He claimed that he drew inspiration from the persistence of his friends, players and sponsors to pursue the golf tournament that was able to entice the participation of nearly 400 players from inside and outside the city and generate a total of P730,000 that was distributed to the projected recipients.

“We hope we will be able to sustain the conduct of our annual golf tournament so that we will be able to continue providing whatever available assistance to the sectors that need our help. We are grateful to our friends, players and sponsors who had been prodding us to continue the annual event even beyond my term because they will always be there to help as a true and valued friend,” former Mayor Domogan stressed.