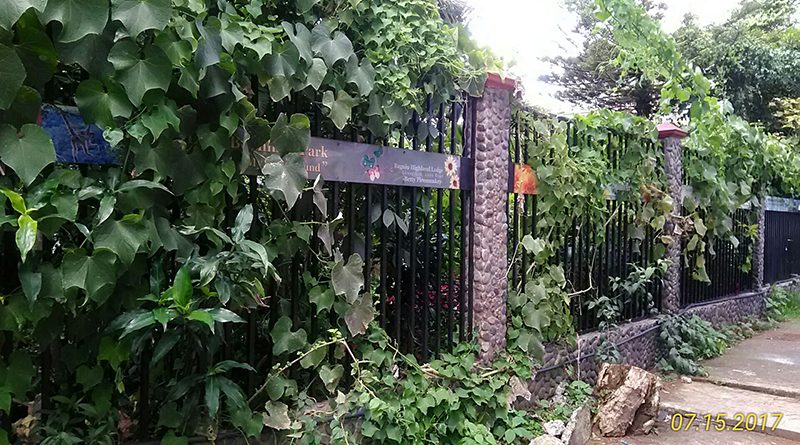 BAGUIO CITY  – Some twelve spans of the perimeter fence of Burnham Park are still up for adoption by interested individuals or companies that will complete the fencing of the 34-hectare premier tourist destination of the city, an official of the Burnham Park Fencing Committee told members of the City Council Monday.

Rolando de Guzman, Burnham Park Fencing Committee treasurer, said the cost of the available spans is between P60,000 to P120,000 depending on the choice of the adopter.

He added the committee solicited more than P43 million from individual, corporate and government donors over the past several years for the perimeter fencing of Burnham Park to ensure that it is secured from encroachments and for park goers to be guaranteed safety and security while inside the premises of the park.

De Guzman noted the biggest donor for the fencing project is the Social Fund of former President Benigno Simeon C. Aquino III which shelled out P30 million after retired Bishop Carlito J. Cenzon of the Decease of Baguio sought his support for the project.

Other funds is the P1.5 million downloaded to the local government by incumbent Mayor and former Rep. Mauricio G. Domogan from his then Priority Development Assistance Fund (PDAF) aside from donations from various individuals and corporations since the project was launched several years ago.

The disbanded Baguio Centennial Commission authorized the Burnham Park Fencing Committee headed by retired Bishop Cenzon to implement the perimeter fencing of Burnham Park as one of the activities lined up for the celebration of the city’s centennial anniversary on September 1, 2009.

The fencing committee implemented the spans that were adopted by various private individuals and companies while the local government implemented the downloaded funds from Mayor Domogan’s PDAF and the Department of Public Works and Highways–Baguio City District Engineering office took charge of doing the works for the funds that came from the Office of the President.

De Guzman said the committee has over P980,000 remaining funds in its bank account which will be used for the maintenance and upkeep of the spans of the fence and the remaining balance, after the adoption of the 12 spans, will be turned over to the local government that will serve as its starting fund for the sustained maintenance of the fence.