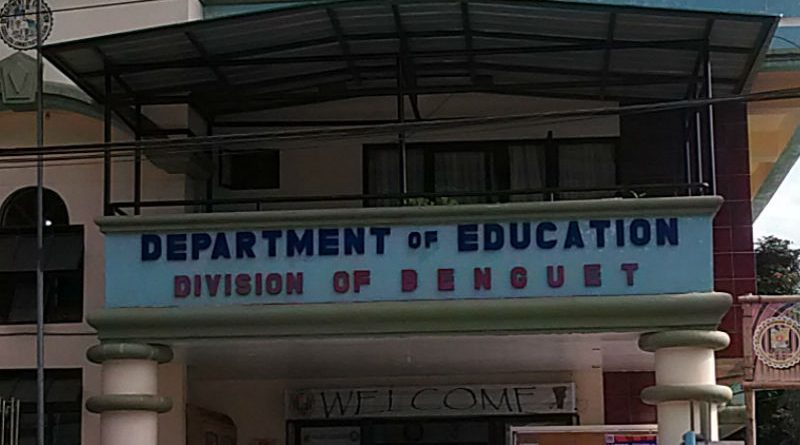 LA TRINIDAD, Benguet  – Some one hundred eleven rank and file personnel of the Department of Education Benguet Schools Division got an early Christmas present from Benguet Caretaker congressman and Anti-Crime and Terrorism through Community Involvement and Support (ACT-CIS) Party-list Rep. Eric Go Yap after they were given a certain amount to boost their morale in rendering service to their clients.

Kevin Edward See, Chief of Staff of Congressman Yap, represented the lawmaker in handing over to the recipients the P5,000 each to the identified personnel that came from the lawmaker’s personal resources to serve as a motivation for them to continue serving their clients in the education sector.

During a previous dialogue with Congressman Yap, concerned DepEd Benguet personnel brought to the attention of the lawmaker their alleged failure to get their performance-based bonus over the past two years for various reasons that prompted him to look for sources that will help in easing the plight of the affected employees.

Yap’s aide pointed out that the amount that was handed over to the personnel might not be equal to their accumulated bonus over the past two years but the same will help them in attending to their basic needs.

Congressman Yap was supposed to be the one to hand over the financial assistance to the recipients but he was advised by his doctors to continue resting because he is scheduled to have a meeting in Congress by next week where important matters will be discussed, thus, his aide was tasked to represent him in the simple turnover ceremony.

The lawmaker will continue to consult with the different sectors in the province to be able to familiarize himself with their priority concerns that need appropriate action by concerned government agencies so that he will help them bring to the attention of the national leaders the pulse of the people on the ground.

See disclosed that after attending to the priority concerns of the health sector, his attention was also called by concerned stakeholders in the education sector where the issue on the unpaid bonuses of the personnel among other concerns were raised where the lawmaker also give his immediate action by providing them with a minimal financial assistance.

Yap had been encouraging people in the province to bring their issues and concerns to his attention and he will try his best to address the same although his actions will also be dependent on the availability of limited resources both from the government and from his personal sources.

Since his appointment as the Benguet caretaker congressman last January, Yap had been frequently visiting the different parts of the province to extend the needed assistance to the residents who were heavily impacted following the implementation of the Luzonwide enhanced community quarantine (ECQ) that caused the forced closure of almost all businesses and the displacement from work of numerous individuals from both the urban and rural areas.

Congressman Yap was declared an Adopted Son of Benguet by virtue of an approved resolution by the provincial board but the appropriate ceremony formalizing his adoption will be conducted anytime or as soon as the situation in the country normalizes.