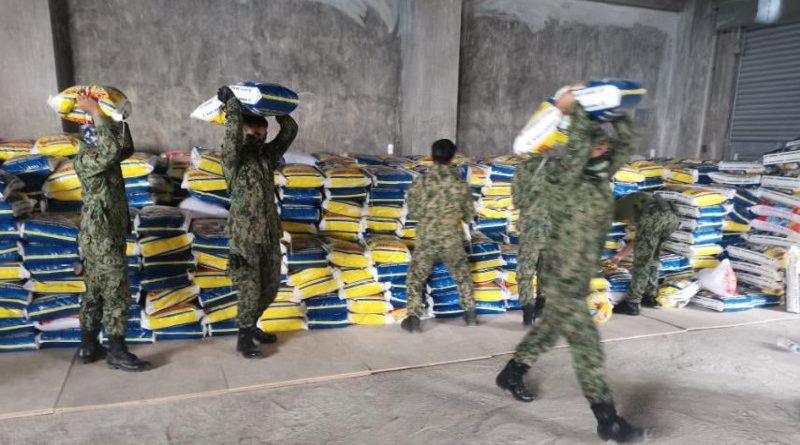 LA TRINIDAD, Benguet – Some one thousand eighty-one personnel of the Benguet Provincial Police Office will be receiving a 25-kilo cavan of rice each from Benguet Caretaker Congressman and Anti-Crime and Terrorism through Community Involvement and Support (ACT-CIS) Party-list Rep. Eric Yap as part of his assistance to people of the province heavily impacted by the ongoing Coronavirus Disease 2019 (COVID-19) pandemic.

Police Col. Reynaldo Pasiwen stated that the rice supply was the voluntary donation from Rep. Yap who was impressed with the sustained dedication and commitment of the law enforcers in helping concerned government agencies strictly impose the prevailing health and safety protocols while attending to the peace and order situation in their respective areas of jurisdiction that contributed in achieving a low crime rate last year and the first quarter of the year.

Pasiwen said the rice supply will be given to each of the members of the Benguet Provincial Police Office assigned in the different parts of the province.

The police official expressed his gratitude to Yap for his gesture in voluntarily donating the rice supply for the law enforcers as the same will go a long way in providing for the basic needs of the families of the policemen and policewomen.

He claimed that law enforcers assigned in Benguet are lucky because they have supportive leaders like Rep. Yap and Gov. Melchor Diclas who are willing to go out of their way to assist the frontliners in recognition of the sacrifices they are making while enforcing community quarantine protocols and restrict the movement of people to contain the spread of the deadly virus.

For his part, Rep. Yap claimed he donated the goods to the o the personnel of the Benguet Provincial Police Office to show his appreciation to the unrelenting and uncompromising services being rendered by the law enforcers in the implementation of the community quarantine rules and regulations while also maintaining law and order.

He asserted he will just continue to provide the people of Benguet genuine public service to help them cope up with the serious negative effects of the ongoing.

Yap assured the people of Benguet there will be substantial assistance from the different government agencies in the next several months as they same had been earmarked for such purpose.