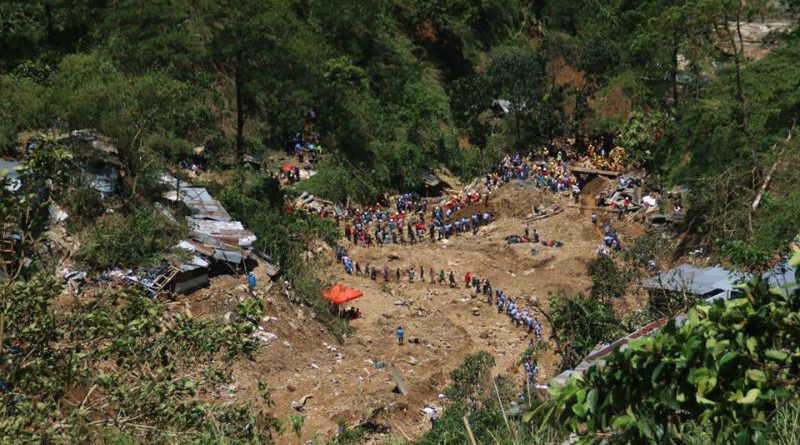 TUBA, Benguet  – The municipal government is currently looking for a suitable lot that will be developed as a potential resettlement site for the displaced residents of Itogon town and other parts of the municipality who were affected by the previous onslaught of Tropical Cyclone Ompong.

Mayor Ignacio Rivers said that aside from looking for a suitable lot within the locality, the local government also assured officials of the Cordillera office of the Department of Social Welfare and Development (DSWD-CAR) that it will be able to accommodate the 80 recommended relocates from Itogon within the 4-hectare government property intended for the housing project of the municipal employees.

“We sympathize with our constituents and the residents in other areas of the region who lost their family members and properties during the wrath of the weather disturbance that is why we decided to help concerned government agencies in locating for a suitable land within Tuba that will serve as a relocation site for our displaced brothers and sisters,” Mayor Rivera stressed.

The local chief executive claimed that the local government earlier identified a 4-hectare property that was supposed to serve as a housing site for willing employees of the municipal government who want to own a property in the town but because of what happened during the previous onslaught of the weather disturbance, a portion of the property will be made available for the calamity-affected residents of Itogon and those residents of Tuba who were affected by the weather disturbance.

According to him, most of the portions of the 4-hectare property within the jurisdiction of the town will serve its purpose of being a housing site for interested employees of the municipal government because the need of the employees is also one of the priority concerns of the locality.

Mayor Rivera explained that the area to be identified as a resettlement site for the displaced residents of Tuba and Itogon will be developed into a community wherein it will be complete with the necessary facilities that will cater to the basic needs of the people who will decide to settle in the place.

Mayor Rivera admitted that among the priority individuals who will be resettled in the identified resettlement area will be the residents of Kennon road who have been asked to abandon their houses because the area where their structures were erected have been classified to be geologically instable thereby posing a serious threat to life and limb.

Earlier, DSWD-CAR regional director Janet Armas appealed to the Tuba municipal government to assist the agency in identifying a possible resettlement area within the town that could accommodate the displaced residents of Itogon whose houses were totally damaged by the recent onslaught of Tropical Cyclone Ompong considering that the areas where their houses were built were included in the areas classified by the Cordillera office of the Mines and Geosciences bureau (MGB-CAR) as geologically unstable. By HENT