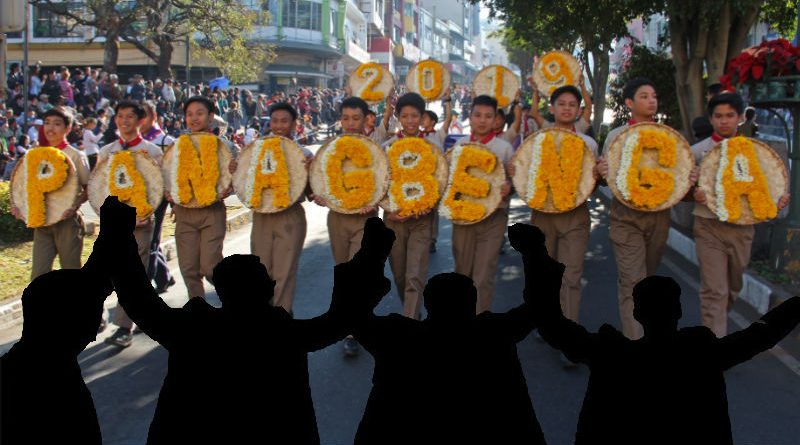 BAGUIO CITY  – Organizers of the 24th edition of Panagbenga, otherwise known as the Baguio Flower Festival, released the stringent rules and regulations that must be observed by politicians and their supporters during the conduct of the twin highlights of the city’s major crowd-drawing event, the grand streetdancing and the grand float parades on March 2 and 3, respectively.

Anthony de Leon, co-chairman of the Panagbenga Organizing Committee, said that politicians are welcome to attend the festival highlights but they will not be allowed to join the twin parades but can stay at the grandstand of the Baguio Athletic Bowl to witness the staging of the said activities.

He explained the decision not to allow the politicians, except incumbent local officials, to join the twin parades is to avoid the unnecessarily breaking of the parade line that will result to the delays in the conduct of the activities.

Aside from not joining the parade, he disclosed the candidates will not also be allowed to put up their own floats, place their names on any float or ride the floats of their choice to avoid distracting the attention of the public from the parading beautifully designed floats.

“We will be politely talking to the concerned politicians if there will still be some of them who will insist on joining the twin parades. We want the spectators to focus their attention to the performances of the streetdancers and the floats during the two major festival parades,” de Leon stressed.

The official of the Baguio Flower Festival Foundation, Inc. (BFFFI) informed that politicians attending the major festival parades will be confined to the grandstand and not allowed to deliver any speeches but they could wave to the crowd and the participants as a gesture of their appreciation of the performances and the floats.

Further, he reported that individuals on board the floats will not be allowed to throw items to the crowd to avoid disrupting the attention of the spectators and incidents that could result to injuries of the people along the parade route.

The BFFFI official appealed to politicians and their supporters to respect the decision of the organizing committee in not allowing them to join the twin parades although they will be allowed to distribute election paraphernalia to the spectators along the parade route as long as they will not disrupt the flow of the parade.

While there will be politicians who will be in the city during the Flower Festival parades, de Leon claimed they will be ushered by assigned marshals to their designated seats in the grandstand where they can witness the performances of the streetdancers and the floats that will be paraded by the participants.