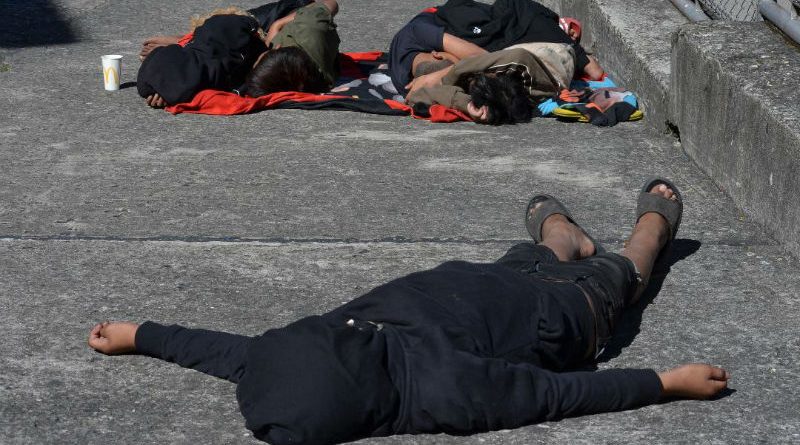 BAGUIO CITY  – The City Council approved on first reading a proposed ordinance prohibiting slumbering on sidewalks, overpasses and parks in the city and providing penalties for violations of the measure.

The ordinance authored by Councilor Joel Alangsab stated that it shall be unlawful for any person to slumber on sidewalks, overpasses and parks in the city.

The ordinance tasked the City Social Welfare and Development Office, the Baguio City Police Office (BCPO), city officials concerned and other duly authorized security guards of the parks to be authorized to enforce the provisions of the measure.

The ordinance stipulated that sidewalks, overpasses and parks are being used as sleeping places by street children, vagrants or alcoholics who cannot find their way home and the like.

According to the proposal, the said practice seems to be ignored and tolerated reflects the social attitudes of the people and the lack of concrete measures on the part of the national and local governments to eradicate the same.

The ordinance aimed that the said practice is not only an eyesore but is also unsanitary as human excrements or urines are seen on sidewalks, overpasses and even in parks, especially during the mornings because they are used not only as sleeping quarters but also as comfort rooms at night.

The ordinance asserted that it will be for the greater good of the city to discourage the said practice to eliminate the eyesore and stop the people from using the sidewalks, overpasses and parks as sleeping quarters.

The ordinance added the local government must already issue stringent rules and regulations governing the slumbering in sidewalks, overpasses and parks to guarantee overall cleanliness in the different parts of the city, especially in the central business district area, where vagrants prefer to sleep considering the absence of places to stay for the night or despite the fact that they have no relatives in the city where they could spend the night for them to be able to pursue their desired activities during the day.

The ordinance stated that the City Social Welfare and Development Office and the Baguio city Police Office (BCPO) must make the appropriate rounds around the city at night to guarantee that people sleeping on sidewalks, overpasses and parks will be brought to the concerned offices for proper disposition and for their records to be checked whether or not they have outstanding cases so that appropriate actions could be done in the proper disposal of the charged files against them.

The ordinance was referred to the appropriate committee of the local legislative body for study and recommendation whether it will be passed on second and third readings.

Banner photo by: JOSEPH B. MANZANO