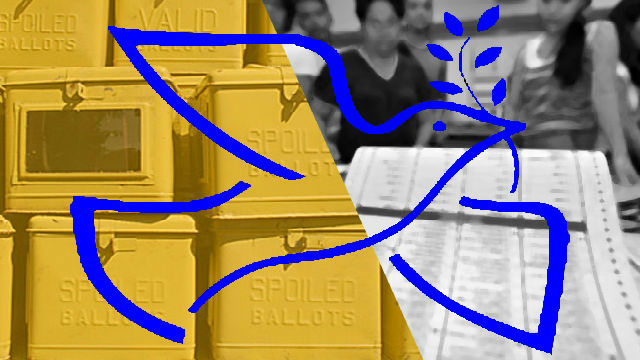 BAGUIO CITY – The Commission on Elections (COMELEC) issuances, the Omnibus Election Code and other issuances, including those from the Department of Interior and Local Government (DILG), have provisions for the conduct of free, orderly, honest, peaceful and credible elections through fair practices.

Campaign periods are designated, thus, those that done outside of the campaign period are deemed unlawful. Foreigners are also prohibited from aiding any candidate or political party, to take part or influence, or contribute, or make any expenditure in connection with any partisan political activity.

Removal, destruction or defacement of lawful election propaganda are prohibited, except by legal personalities. For printed materials, printing and payment should be clearly indicated in the copy, as with any election materials including newspapers, newsletters, gazette, magazine, stickers, streamers, posters, comic books, and others. Free of charge advertisements should also be identified as such.

Posting of election materials outside of common poster area is also prohibited, in public or private places, specially if without the consent of the owner. Printing, publishing and showing of any campaign material that violates gender sensitivity, obscene or offensive, or constitute violation of Magna Carta for Women.

Peaceful rallies may be held, with permits posted in conspicuous places acted within three days of filing application, and a political entity would within seven working days submit a statement of expenses incurred in the occasion.

Contributions or loans may not be given by persons operating a public utility or those in possession or of exploiting any natural resources of the nation, those with contracts or sub-contract to supply the government, with goods or services or those who perform construction or other works. Even officials or employees in the civil service, members of the Armed Forces of the Philippines, educational institutions which received public fund grants not less than P100,000; and those granted loans in excess of P100,000, and those granted government privileges or concessions, including government-owned or controlled corporations.

Soliciting or receiving contributions from foreign sources are also considered unlawful, specially if done for the purposes of influencing the results of the election.

The use of pseudonyms in contributions is also prohibited, as this shall be reported to the Comelec not later than 30 days after the election date.

A candidate should only spend one peso and fifty centavos for every voter currently registered in the place where he is running for a position, with an itemized report given after the elections.

Acts that are considered unlawful includes: vote-buying and vote-selling; appointment of new employees, creation of new position, promotion or giving salary increases, transfer and intervention of officers and employees in the civil service, except for exemptions duly stated in issuances. Undue influence, unlawful electioneering, prohibition against dismissal of employees, laborers or tenants, use of policemen, agents are not allowed.

Use of public funds, carrying of firearms and deadly weapons, use of armored land, water and air craft, wearing of uniforms and bearing arms are also prohibited. Prohibition against the use, release, disbursement, expenditure of public funds, public works, delivery of materials is followed, except in certified immediate need.

The holding of fairs, cockfights, boxing, horse races, jai-alai or any other similar sports is prohibited, on election day.

Discrimination of air time sale in radio or television stations, specially if it discriminates against political parties, coalition or agroupment of parties or candidates, is also prohibited.

Selling of liquor and intoxicating materials is banned during election day, except for establishments certified by the Ministry (Department) of Tourism, with prior authority of the Commission.

In Baguio 378 additional police personnel were deployed for peace and order in voting places and other public areas. Though no political rivalries are noted within the city, there were reported gun ban violations, involving a paltik, a caliber 38, caliber 9mm with ammunition, and 6 ½ inch bladed daggers.-