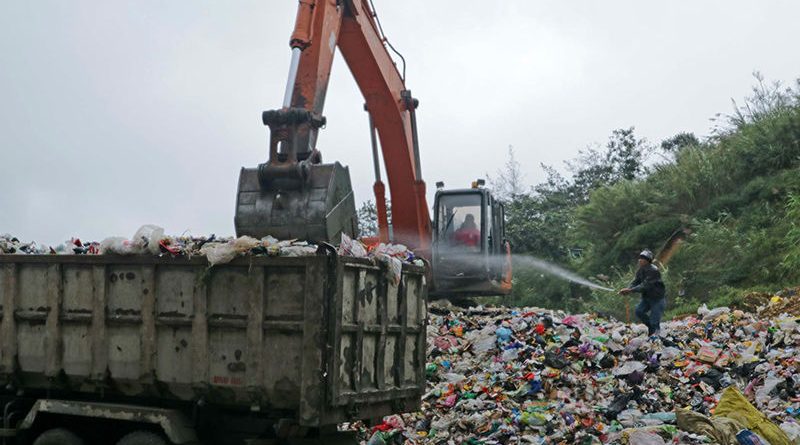 BAGUIO CITY  – The City General Services Office (GSO) continues to take remedial measures to suppress the foul odor emanating from the city’s waste transfer station in a portion of the Baguio Dairy Farm which had been the subject of repeated complaints of residents living near the area.

He added the city’s hauler was also advised to increase the frequency of the hauling of the residual waste from the transfer station to the sanitary landfill in Urdaneta City, Pangasinan to lessen the volume of garbage stockpiled in the area while awaiting the remedial measures on the chute to make it operational in compliance with the no-touch ground policy imposed by the Cordillera office of the Environmental Management Bureau (EMB-CAR) on the operation of the said facility.

According to him, the constructed chute was subjected to a dry-run but this did not pass the prescribed standards, thus, the city government provided additional funds to institute the necessary measures to make the same fully operational for the city to be able to strictly comply with the no-touch ground policy.

Buyucan claimed the foul odor from the waste transfer station worsens when the hauler digs up the garbage to be loaded in the trucks that will transport it to the sanitary landfill in Pangasinan pursuant to an existing contract.

The department head asserted the city government is steadfast in implementing the appropriate activities in the waste transfer station to reduce the foul smell which is a pressing concern raised against the city by the residents living near the temporary waste transfer station and the municipal officials of Tuba, Benguet who have been calling for the eventual closure of the same because of the inconvenience it is causing their constituents.

Subsequently, the agriculture department ceded to the local government some 8.1 hectares of the 94-hectare Baguio Dairy Farm, including the 5,000-square meter area occupied by the temporary waste transfer station, to be used by the city for its development projects cannot be implemented due to lack of sufficient spaces.

The EMB-CAR allowed the city government to use the area as its waste transfer station provided the city complies with the no-touch ground policy after the completion of the prescribed chute that will be constructed in the facility.

By Dexter A. See
Banner photo: TRASH DEODORANT -Marcos Highway Waste Transfer Station foreman Michael Innad sprays a chemical to ensure that all plastics and other non-biodegrable waste materials are disinfected and free from any foul smell to protect the health of residents and passing motorists. By Bong Cayabyab