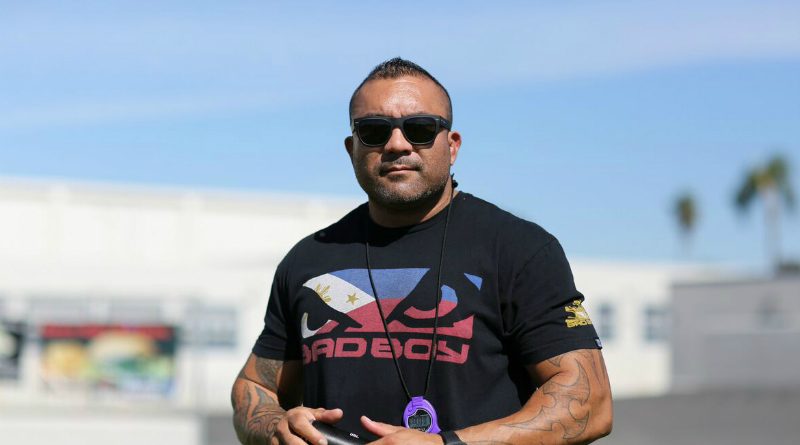 One of Cordillera’s fast growing sports, in audience and participation, is about to get some great boost as another great option is just around the corner. A great coach is about to land in Philippine shores which Cordillera Mixed Martial Arts fighters may take advantage of.

Brandon Vera’s promise to bring the world-famous Alliance MMA gym to the Philippines got its first realization when former professional mixed martial artist turned world renowned fight coach, George Castro, is set to arrive in Manila the first week of January, 2017 to make good on the pledge.

Castro previously served as the strength and conditioning coach at Alliance MMA in San Diego, California. He has worked with the ONE Heavyweight World Champion Vera for the past four years.

Vera and Castro are expected to bring elevated combat sports training into the country where MMA is becoming huge in the Philippines. More and more youth are starting to take up martial arts as a sport.

“The plan is to bring a new style, my style of training, to the Philippines. I want to go everywhere and show everybody what I know and spread my knowledge,” said Castro. “Asia has a bunch of tough fighters with a lot of heart, especially in the Philippines.”

But because eastern martial arts is more focused on the striking aspect of fighting as opposed to the west which has focused largely on wrestling and grappling, the level of well-roundedness of local fighters as a whole is slightly below par. That’s all set to change with Castro’s arrival.

Castro believes that technique can easily be taught but that it is very difficult to find athletes who are completely dedicated to their craft. He, however, stressed that he sees a lot of potential in the Philippines.

“Putting up Alliance MMA is going to be great. We’re going to help a lot of young fighters and maybe hopefully pull some kids off the streets and give them a better chance at life like MMA did for me.” He continued.

Castro will spend the holidays with his family and will complete a few more obligations before the year ends. But after that, he’s all-in to move to Manila and begin the next chapter in his career.

Castro’s addition to the country’s training resources could produce some fantastic results. Especially after 2016, which showcased one of the best years of Philippine MMA.

Castro is no stranger to working with world-class talent, having had a hand in the careers of fighters like Jeremy Stephens, Ross Pearson and Wilson Hayes.

A veteran of the fight game, Castro began his MMA career in the early 2000’s, being introduced to the sport by MMA veteran Don Frye. He was then later acquired by MMA fighter Dominick Cruz at Alliance MMA where he then met Vera.

“He (Brandon Vera) is ‘The Truth’. He keeps it real, he’s one hundred percent He’s black and white. I’m the same way. I just keep everything legit, no lying, no backstabbing. Let’s just be real with each other,” said Castro.

“If we click, we click, if we don’t, we don’t. With Brandon we did click, so that’s why we became so close. Even though I’m a little bit older than him, I consider him my big brother.”

With Vera spearheading Alliance MMA’s entrance into Asia, the possibilities are endless.

“(Brandon) is a legend in the sport and he’s very well-rounded in every aspect of the sport. Going out to the Philippines with him has been nothing but a blessing for me,” said Castro. “Working with him in opening up this gym is a dream come true for me and I’m a hundred percent excited to get that going.”