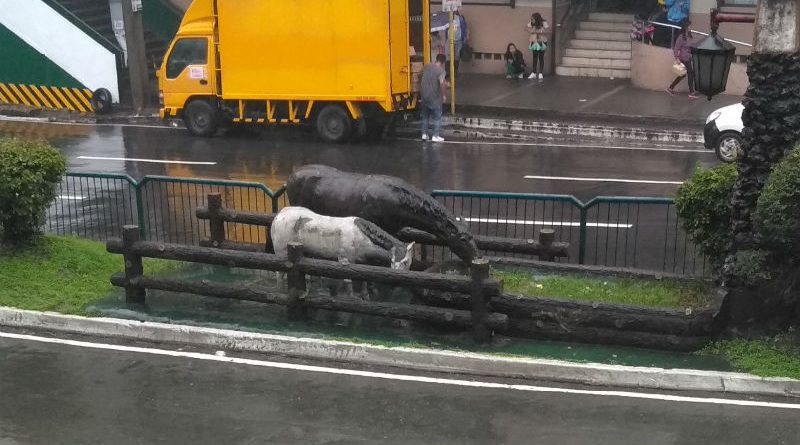 BAGUIO CITY  – The City Council approved on first reading a proposed ordinance providing for the restoration, beautification and periodic maintenance of the historic horses’ drinking trough along Abanao St., creating a committee to oversee its implementation and appropriating the amount of P50,000 for the said purpose.

The ordinance authored by Councilor Lilia A. Fariñas stated that the amount of P50,000 annually will be appropriated by the local government for the restoration, beautification and periodic maintenance of the Baguio historic horses’ drinking trough.

Under the proposed ordinance, the responsibilities of the committee include to convene and plan for the restoration, beautification and periodic maintenance of the Baguio historic horses’ drinking trough for at least one year and at least one month before the Baguio Charter Day celebration annually; to oversee the implementation of the planned activities relative to the pertinent provisions of the ordinance; to budget the appropriated amount for its restoration when needed such as patch work, replacement of lighting fixtures among others and for its beautification such as, but not limited to repainting, provision of landscaping ornaments such as flowers, plants and rocks, pebbles and other beautification materials to make it more stunning and spectacular as a tourist attraction and to ensure the continuity of its maintenance every year and to perform other acts that may be deemed necessary for the said purpose.

The ordinance noted that the historic horses’ drinking trough along Abanao St. is acknowledged as Baguio’s first and most central historical marker which commemorates the spots where decades ago, is true to what it stands for, when Baguio was still young and developing.

The historical marker is located in a most strategic position, and literally at the heart of the city, which makes it deserving of beautification and maintenance to make it more striking and spectacular for tourists to give cognizance to its significance in the history of Baguio.

The ordinance noted that in memory of the late Councilor Narciso Padilla, who, in his article dated October 24, 2014, made mention of revisiting the same edifice for its restoration and maintenance, it is only befitting that the local government give him due credit to his humble request for concerned government agencies, the local government and philanthropists to help improve the state of the said tourist spot.

The ordinance was referred by local legislators to a committee for study and recommendation whether or not the said proposal will be passed on second and third readings.