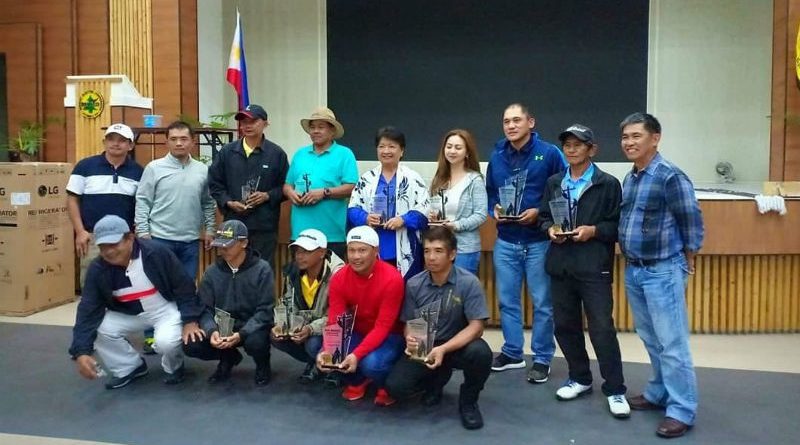 The golf tournament was part of the activities lined up by BENECO during the celebration of its 46th founding anniversary wherein proceeds of the competition were given to the BGHMC Dialysis and Partners Association Inc. and 11 individuals, mostly former BENECO employees, who are in need of medical/financial assistance.

Paul Mayos emerged as the champion in Class A followed by Winnie Bautista while Goody Ignacio placed third.

Class B was topped by Councilor Michael Lawana followed by Rex Buyucan while Nap Rosito landed in third place.

Some 150 golfers signified their intention to play in the tournament but only 132 players were able to actually play in the said competition.

The golf tournament was through the initiative of BENECO, through its labor and management cooperation (LMC) Council, with Assistant General Manager Melchor Licoben as adviser and event coordinator.

He said that the event was able to raise a substantial amount that was given to the beneficiaries, thus, the successful conduct of the tournament will serve as an inspiration and motivation  for them to sustain the annual conduct of the same so as to provide whatever needed assistance to their future beneficiaries.

Licoben expressed BENECO’s gratitude to the sponsors and players for making the tournament successful and providing the needed assistance to the identified beneficiaries.