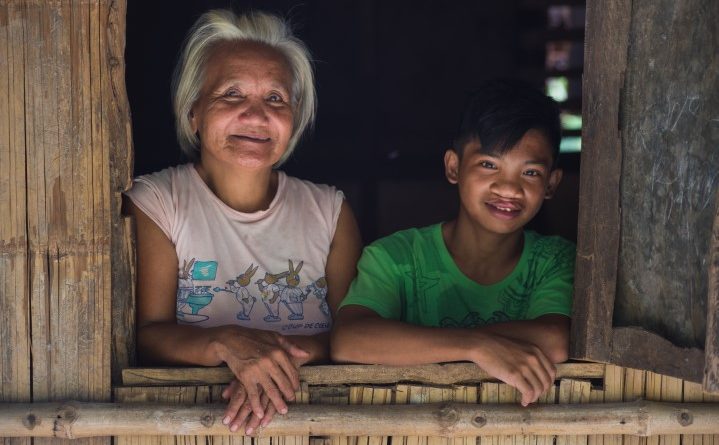 Lepanto Mining’s biennial medical-surgical-dental mission has been touching lives since 2012. More than 13,000 indigent residents from Mankayan, Benguet and the nearby towns of Cervantes and Quirino in Ilocos Sur have been provided with the required medical procedures and care.

One of the earlier beneficiaries is Winrey, born with a cleft lip and palate, which was successfully reconstructed in 2014.

Winrey was found by the Lepanto Medical Mission team by “accident,” as he was just spotted playing along the street in Barangay Namitpit, a remote village in Quirino, Ilocos Sur.

Sixty-four-year-old Brenda, Winrey’s mother, told the Lepanto team that she had learned to embrace Winrey’s condition and didn’t even think of having it repaired, knowing the cost of the remedial operations. She is a widow and only relies on occasional income from available laundry services in their neighborhood. Despite her age, she kept on working just for them to get by, while trying to support Winrey’s education.

But Brenda admits that it was painful to see Winrey crying helplessly whenever he was mercilessly bullied by his classmates.  Winrey was in Grade 3 then.  His condition did not discourage him but instead made him more determined to do good in school. Learning about the free medical mission, Brenda wasted no time in registering Winrey for the free surgery.

The Lepanto team checked on Winrey recently, four years after his successful operation and found that Winrey has been transformed into a confident and cheerful young man.

Just as Brenda and Winrey thought they had been blessed enough, Lepanto President Bryan U. Yap, after hearing Winrey’s story, pledged to personally pay for all of Winrey’s school expenses including transportation, plus lodging allowance and a monthly stipend. All these until Winrey finishes high school and hopefully become eligible for the Lepanto Company’s college scholarship grant. This is not unlikely considering that Winrey is now among the top performers in his class.

When asked what his ambition was, Winrey said: “I want to be a mechanical engineer.” — a dream he can now confidently reach, with his head held high, wearing a proud smile on his face.

This post has already been read 215 times!BAUKO, Mountain Province– The municipal government recently ordered a total ban on the