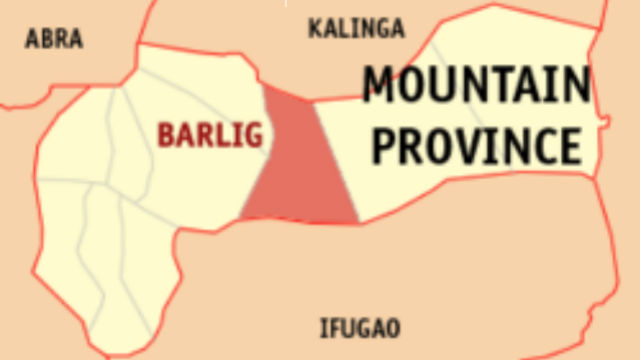 It is to be noted that a certain Mr. Choi Sungkyu went missing for 11 days last June 2017 and was found by a local resident during the duration of the Fortan Festival last year.

A Certificate of Appreciation by the Embassy of Korea signed by Ambassador Kim Jae Sin thanked the people through Mayor Genesis Changilan “for the search and rescue of Mr. Choi Sungkyu who went missing for almost 11 days in the mountains of Barlig municipality”.

A local resident by the name of Joselito ‘lettok” Tucyap found the missing tourist who had not registered at the Municipal Tourism Office nor availed of the services of a local guide.

“Your acts of goodwill towards this incident show the warm reception, empathy, and bayanihan which the Filipinos are known for”, reads the certificate given on June 27, 2017.

Similar certificates were given to all those who were involved, local and provincial offices, civic groups and personalities, in the search and rescue operations last year.

The Embassy cited the Philippine National Police and the Mountain Province Provincial Police in its certification last year. “The Korean people will never forget your kindness”, stated the certificate.

A certificate given last June 15, 2018 when the group came again says “we thank you for your assistance in saving the Korean mountaineer who lost his way during his mountain climbing activity way back in June 2017”, stated the certification given to the Barlig Police Station.

The Korean Community Association in Central Luzon led by its President Ki Young Kim awarded the certificate in a short program at the Open Gym.

Mayor Changilan informed that the Koreans donated two pigs purposely for a community thanksgiving activity that happened during the program ceremony.

“I told them that we just help people who need our help, local residents or tourists”, the mayor said.

“We also declared that the Korean communities are friends of Barlig”, was the penultimate statement of the town’s chief executive.

According to Police Inspector Romualdo Indopia Gano, the Chief of Police of the town, the Koreans went on June 15 to the site where the missing Korean was found one year ago for some kind of a nostalgic on-site visit.

“They just went to see where he had stayed during the time he was missing. They have committed to come every year”, informed Mayor Changilan.