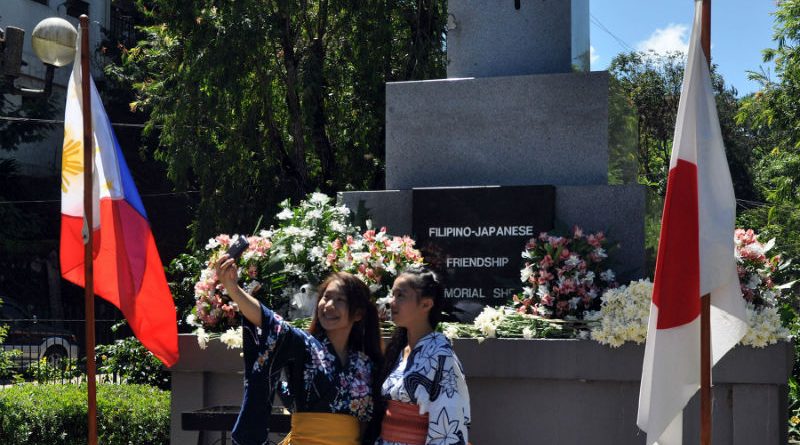 BAGUIO CITY  – Japan Ambassador to the Philippines Koji Haneda assured that the disasters involving both nations will not be repeated in the coming generations assuring that Japan will always ensure law and order in the different parts of the world.

The Japanese envoy said that whatever the fruits of law and order both Filipinos and Japanese are currently enjoying is the product of the sacrifices of both Filipino and Japanese citizens who risked their lives during World War II leading to the signing of the diplomatic relations between the two countries in 1956.

He claimed the annual celebration of the Filipino-Japanese Friendship Day only proves that the bond between the citizens of both nations is becoming stronger towards the realization of global law and order for the benefit of the present and future generations of mankind.

Carlos Teraoka, chairman of the Filipino-Japanese Foundation of Northern Luzon and former Consul-General of the Japan embassy, narrated that the relationship of the Filipinos and Japanese started way back in the early 1903 when over 1,400 Japanese workers and engineers came to the Philippines to help other nationalities build the former Benguet road, now known as the historic and scenic Kennon road.

He disclosed during the construction period, over 500 Japanese citizens risked their lives while the others survived the difficulties in the construction of the 34-kilometer roadline to  witness its opening in February 1905.

Teraoka expressed his gratitude to the local government for enacting Ordinance No. 66, series of 2012 that institutionalized the celebration of the Filipino-Japanese Friendship Day in the city although the city started celebrating the same in 2009.

On his part, Mayor Benjamin B. Magalong said the history of the Filipinos and Japanese spans over several decades creating strengthened diplomatic relations between the two nations.

In the case of Baguio City, the city chief executive stated that one of the offshoots of the Philippines and Japan diplomatic relations is the established sisterhood relations between the city and Hanyu of Japan resulting to the numerous exchanges in terms of education, culture, among others.

He expressed optimism for the establishment of more sisterhood ties between Baguio and a number of cities in Japan to provide more exchanges between the people of the city and Japan in the coming years.

The celebration of the 10th Filipino-Japanese Friendship Day was highlighted by a candlelight ceremony and floral offering actively participated in by the dignitaries that were present and the people who attended the said activity.

By Dexter A. See
Photo in file by RMC, PIA-CAR

This post has already been read 1363 times!BUGUIAS, Benguet – The Benguet Electric Cooperative (BENECO) announced that its 3-megawatt Man-asok