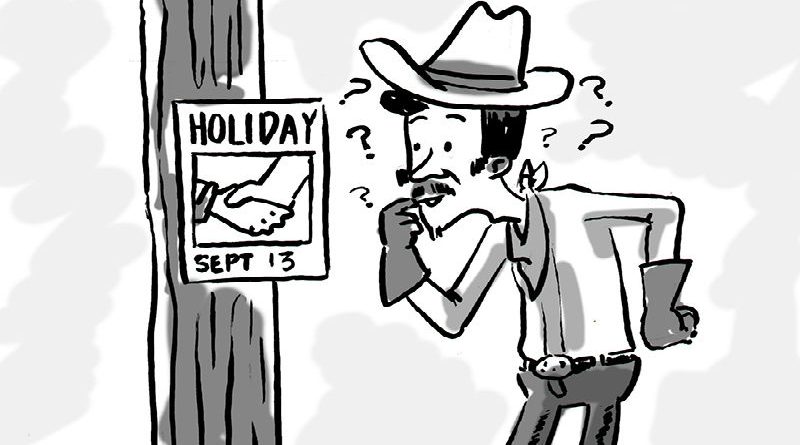 On September 13, 1986, former President Corazon C. Aquino, representing the Philippine government, and the late rebel priest Conrado Balweg of the Cordillera Peoples Liberations Army (CPLA) signed the historic Mount Data peace agreement at the Mount Data Hotel in Bauko, Mountain Province that signalled the end of armed hostilities between government forces and the members of these rebel army in the Cordillera. Most people from the different parts of the region were constrained to join the underground armed movement due to the abuses of the government by their issuance of permits to corporations for massive commercial logging in hundreds of thousands of hectares of forested lands and the construction of controversial Chico river dam that could have submerged several indigenous communities and their ancestral domains. Peace advocates saw these indigenous peoples as a force to reckon with, thus, an option they took was to convince a faction of the armed movement to give up their arms in exchange for a 26-point agenda that served as the blueprint for the peace talks between the government and the CPLA.

One of the major demands of the CPLA then was for the Cordillera to be a federal state or at the least be granted autonomy which the government took as one of its commitments. Before these  peace talks with a faction of the revolutionary movement, the 1973 martial law Constitution was being amended and groups from the Cordillera with their advocates successfully lobbied members of the Constitutional Commission (ConCom) to include provisions in the draft Constitution mandating the establishment of autonomous regions in the Cordillera and Muslim Mindanao. On February 2, 1987, the Constitution was ratified and this included the provisions calling for the establishment of autonomous regions in Muslim Mindanao and the Cordillera.

On July 15, 1987, former President Aquino issued Executive Order (EO) 220 that created the Cordillera Administrative Region (CAR), bringing together the provinces of Abra, Benguet, Mountain Province and Baguio city from the Ilocos Region and the provinces of Kalinga, Apayao and Ifugao from the Cagayan Valley Region, in recognition of their unique culture and traditions and history of neglect. The CAR is mandated (1) to administer the affairs of the government in the region, (2) accelerate the socio-economic growth of the region and (3) prepare the region for autonomy. This was followed by Administrative order No. 136 which  provided for the establishment of the different line agencies in the region putting in place qualified regional directors who are bonafide residents of the Cordillera to lead the said agencies.

Recently, President Rodrigo R. Duterte issued Proclamation No. 802, series of 2019, that declared September 13, 2019 as a special non-working holiday in the CAR for its constituency to celebrate a historical event in our region that birthed its existence as a special temporary administrative region.

We are saddened we seem to have forgotten some important events in our region’s history. Let us remember that as the present generation of Cordillerans, we are obligated to sustain the vibrance of our region’s quest for regional autonomy, the bottom line of the armed struggle spearheaded by ancestors.

Some of today’s youth seem not to know and value our history of struggle which has not yet attained its goal – a genuine regional autonomy – because we failed, both as leaders and elders, to provide with the correct background of our special administrative status. However, it is mainly also because we are not united and cannot present a genuine consensus on what autonomy we want.

It is also so unfortunate that our leaders who are supposed to take the lead in advancing our quest for regional autonomy are the ones sowing confusion primarily because they do not understand the real essence of autonomy to the overall state of the region.  However, they cannot be blamed also because they are simply politicians who are out there to look after their own political interests and the interests of their own patrons. What do we expect from them as they have never been part of the historical struggle for autonomy? Look at what is happening now in Congress.  Our supposedly representatives are squabbling over who has a better autonomy bill than that which has been drafted by the Cordillera Regional Development Council which underwent consultations in different parts of the region.

It is with us, the constituents of these politicians, to push for the autonomy that addresses the historical injustices suffered by the indigenous peoples of the region. Our leaders must be pushed to respect and reflect in their work,  our ideas of self-determined development. For one, autonomy is not simply the control of the exploitation of our natural resources. It is about the spiritual and cultural values we place over those resources, our governance systems and culture that nurtured those resources which the national government claimed as national patrimony, our values of sharing and caring to ensure the well-being of members of our communities and not only the elite, all these, among other considerations. Support for  autonomy from the mouths of politicians must our reflect diverse voices. Cordillerans are known warriors who will fight for the respect and protection of their rights over their ancestral domains.

The battle must go on so that we will achieve autonomy for the benefit of the present and future Cordillerans.