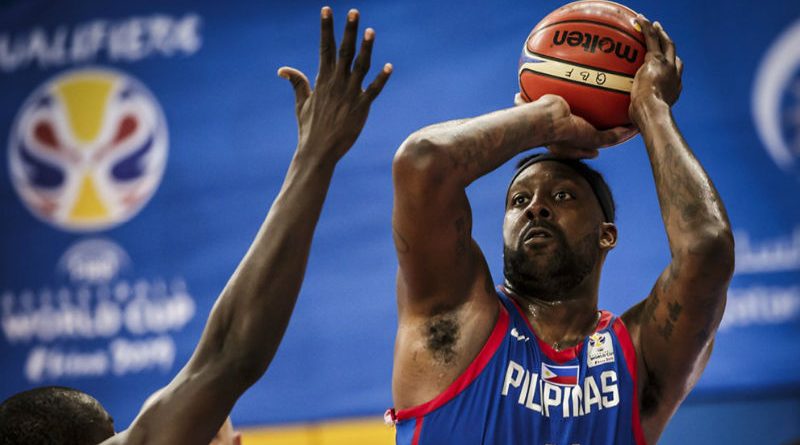 Team Gilas Pilipinas did what it had to do, down Qatar in its penultimate game in the FIBA Asian Qualifiers, and hope the other contenders fall.

Andray Blatche, the team’s original naturalized player, delivered a monster game to led the Nationals to an 84-46 thumping of Qatar in Doha last Friday, February 16, 2019.

The win improved Gilas’ record in Group F to 6-5 and retained fourth place. It also improved its chances to land a spot in the FIBA Basketball World Cup later this year and, likewise, prevented the automatic entry of Japan and Iran, current tied for second and third places.

The top three placers of Group E and F, along with the best 4th placer in Group E and F and China, who is the host country of the event, will advance.

The Philippines broke out of a close game in the early goings by dropping a scorching run in the third. The Philippines was holding on to a still unsafe 10-point half-time lead, 31-21, when they went on a 31-9 scoring binge in the third to establish a 32-point lead going into the final frame.

Blatche’s 17 points, 15 rebounds, 7 assists, 2 steals, 2 blocks and 3 three pointers led the Nationals’ production. Marcio Lassiter, who was 4-of-4 from beyond the arc, finished with 14 points, Paul Lee 13 points and 7 boards, Jayson Castro 11 points and 4 assists, and Japeth Aquilar 10 points, 5 rebounds and 2 blocks complete the supporting cast.

The Nationals were hot from beyond the arc, hitting 15 of 30 attempts for a 50% shooting clip. Their third quarter burst, which included six treys, wiped out any fight left from the home team.

Gilas faces fifth round tormentor Kazakhstan and a win could propel them to the next round.

On the same day, erstwhile third placer Japan downed Iran, 97-89, tying its victim. Both remain one game ahead of the Philippines.

A Japan win in its last game against Qatar, a most likely scenario, would relegate Gilas to fourth place, leaving the Philippines’ fate to the performance of the fourth placer of Group E.

Jordan dumped China on Friday, 86-62, to create a triple tie for third place. Both teams, along with Lebanon, who dropped a 69-67 loss to New Zealand during Friday’s games, are all tied up with 6-5, the same record as the Philippines.

Lebanon is set to tussle with Korea tomorrow while Jordan will wrap up their campaign against New Zealand. China will likely win its last game and end up with a 7-5 record as it goes up against Group E cellar dweller Syria.