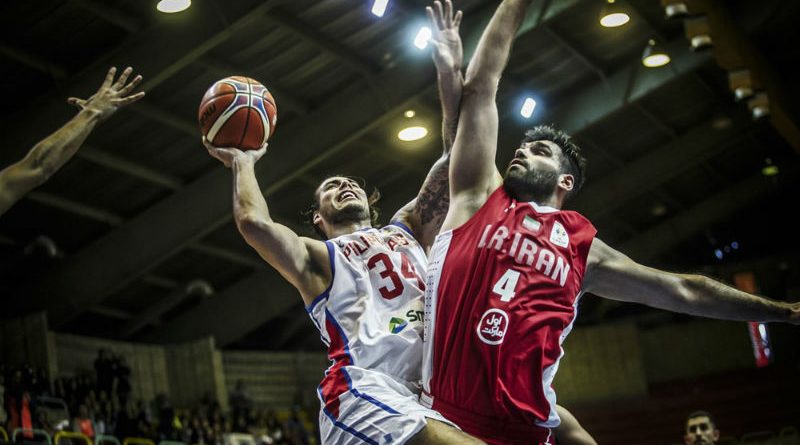 The Gilas Philippine Team failed to capitalize on the absence of giant Hamed Haddadi as they fell to Iran, 81-73, in the second round of the FIBA World Cup 2019 Asian Qualifiers.

The loss dropped Team Pilipinas, as Asi Taulaa christened the new group, to 4-3 in Group F, making the next match against Qatar virtually a must-win situation.

Christian Standhardinger towed the team with 30 points, 12 rebounds and 6 steals on 10-of-14 shooting but lackluster shooting did the Pinoys in.

Gilas went a dismal 5-of-28 from beyond the arc and made just 25-of-65 attempts from the floor.

“We didn’t hit shots tonight, the guys that are very reliable in the PBA, got into a new gym, a new situation, but couldn’t hit shots” Ginebra coach Tim Cone said, who served as one of the game analysts.

Gilas have five remaining games, three home and two away. They should be favored in four of those and should be avoiding any upsets if it hopes for a possible favorable placement in the next round.

They will be going up against Qatar on Monday at the Araneta Coliseum, in a game closed to the public. They will be getting back Japeth Aquilar and Matthew Wright from suspension.

The top three of each group and the fourth placer with the better record, along with China, will advance to the 2019 World Cup.

Banner photo: MAN IN THE PAINT. Christian Standhardinger (34) barrels through the tough defense of Meisam Merzaitalarposhti (4) for a lay-up. Standhardinger carried Gilas on his back but lost steam in the stretch as the Philippines allowed Iran to breakaway late in the game. Photo by fiba.basketball