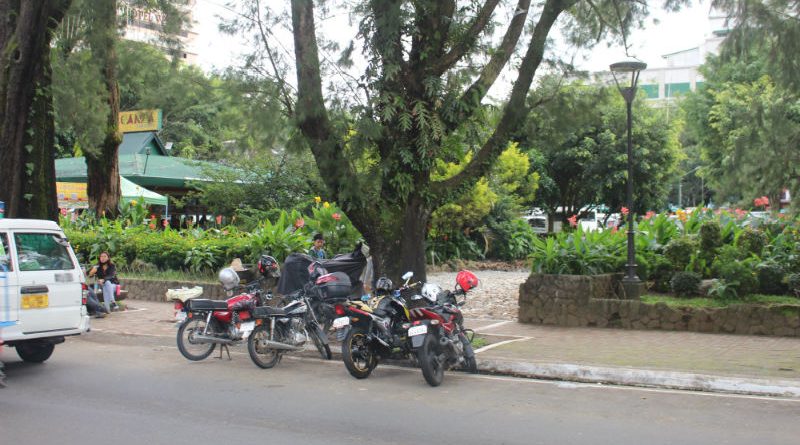 BAGUIO CITY  – The city government intends to relocate some thirty flower vendors who are currently doing their trade along a portion of Harrison road, particularly near the fence that was erected by the Bishop’s foundation, to a place near the Ganza parking area and restaurant the soonest to reportedly reduce the eye sore in the side of one of the city’s main roads.

Mayor Benjamin B. Magalong ordered the City Engineering Office to immediately improve the proposed area where the flower vendors will be transferred for the immediate transfer of the concerned within two weeks.

City Engineer Edgar Victorio Olpindo claimed that the area where the flower vendors will transfer can accommodate some 35 flower stalls which is more than enough for the 30 flower vendors currently doing business in Harrison road.

According to him, it is also important for the city government to provide the targeted flower vendors a decent relocation area where they can continue with their businesses.

It will be recalled that the flower vendors doing their trade along the Harrison road were displaced when the previous administration cleared ambulant vendors from the public market and the sidewalks around the city and that the present area was given to them with the condition that they will help in maintaining the cleanliness of the place apart from helping beautify the fence of the Burnham Park which was constructed several years ago.

Magalong called on the flower vendors to cooperate with the efforts of the local government to put order right in the central business district area considering there is a place being offered where they can continue their lucrative trade as residents and tourists alike also patronize the sale of flowers in the city.

Earlier, the city government also intended to relocate the ongoing night market operation from Harrison Road to the Burnham Lake Drive after the city formally received a notice from the public works department for the immediate transfer of the nightly activity considering that the same is reportedly impeding the smooth flow of traffic along the national road under the jurisdiction of the said department.

The 30 flower vendors that are doing their trade along Harrison road had been reportedly securing their business permits and paying their regulatory fees to the city government since they were transferred to the said place from their previous location along Magsaysay Avenue.

The city mayor expressed optimism the flower vendors will be satisfied with the relocation area offered them by the city government as the area needs to be cleared to allow the introduction of appropriate developments in the front boxes along the stretch of Harrison road.