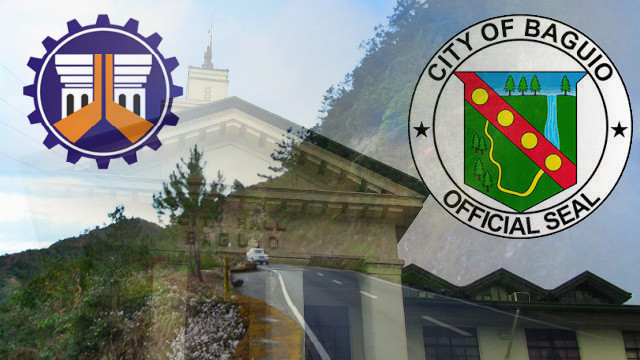 BAGUIO CITY  – The public works department considered part of the list of projects submitted for funding in the 2018 infrastructure program of the agency pursuant to existing laws, rules and regulations for the purpose of coordination.

Engr. Cesario L. Rillera, chief of the planning and design section of the Baguio City District Engineering Office,  in a letter dated October 23, 2018 addressed to Mayor Mauricio G. Domogan, furnished the local government a copy of fiscal year 2019 national expenditure program with errata for the information and guidance of the concerned city officials.

Rillera informed the local chief executive that some 12 projects which were part of his earlier request were included by the agency for funding in next year’s list of priority projects for implementation under the national expenditure program.

Domogan said part of the list of the priority projects funded from the agency’s budget next year came from the request of the city so it is unfair for some quarters to claim they were the ones who facilitate the funding of the said projects when in fact, it was a consolidated effort among concerned officials of the national and local governments.

“We want to correct the impression of our constituents that only certain quarters should be given due credit in facilitating the funding of the projects because it was our joint effort to solicit the assistance of the agency to include part of the city’s priority list in the projects for possible funding,” Domogan stressed.

He appreciated the transparency of the DPWH-BCDEO in informing the local government about the funded projects included in the agency’s projects funded from the government’s national expenditure program next year so that the people of the city know the source of funds for the priority development projects of the city.

He asserted there should be closer coordination between the agency and the local government so that the previous practice be continued of funding projects that cannot be funded by the local government under its AIP be submitted to the DPWH-BCDEO for them to select those that could funded under the national expenditure program.

Domogan urged the agency to sustain the said good practice for more development projects to be implemented in the different parts of the city to ensure a good spread of  development among the various barangays that need high impact projects for the benefit of the greater benefit of the populace.

This post has already been read 267 times!MANKAYAN, Benguet– Lepanto Consolidated Mining Company (LCMC) rolled out a series of information