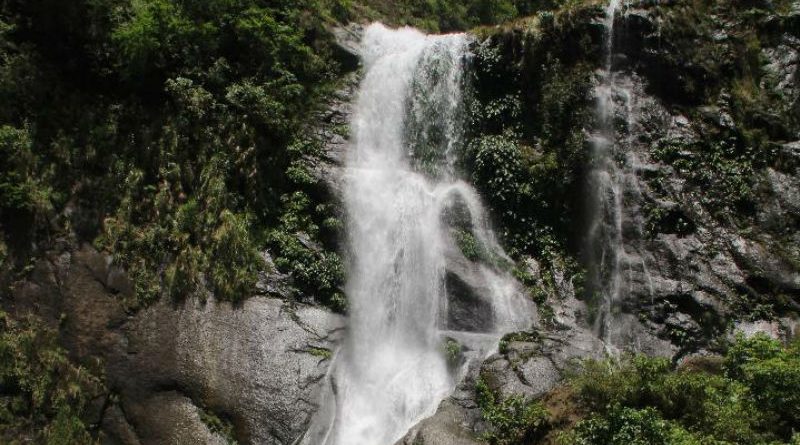 BAUKO, Mountain Province – Traditional practices and beliefs in the Cordillera still affects decisions in resolving disputes within the community. With the belief that a natural resource would disappear if a dispute lingers, involved parties both look for ways to resolve their common problem. Guided by such belief, a dispute on water source ownership in Bauko, Mountain Province was resolved in no time.

The dispute started when one of the barangays in the said town started improving their Level II water system.

After the project was prioritized for funding of the Bauko municipal government and the DSWD Kalahi-CIDSS, implementation of the project proceeded immediately after all needed documents were prepared and submitted.

However, on May 2017, while implementing the project, some officials of Monamon Norte, a neighboring barangay, stopped the installation of water pipes from the water source at Mount Bulayok.

Barangay officials of Monamon Norte also visited the DSWD Kalahi-CIDSS office in Bauko to express their concern about the ongoing project. They claimed that water from Mount Bulayok is being used by residents of [Sitio] Bansa as drinking water at the same time for irrigating their farms.

A resident of Sitio Bansa also claimed that the pipes currently installed and tapped at the water source supplies the elementary school in the sitio, adding that installing other water pipes might affect the sufficiency of water supply to the school.

To settle the issue, the municipal mayor suggested a dialogue between the two barangays.

On May 23, 2017, with the presence of the municipal mayor, the two barangays presented their arguments.

Representatives from Barangay Mabaay showed a water permit issued to them on October 1981 and an agreement entered with the officials of Barangay Monamon Norte in 1988. The agreement states that “an intake tank shall be constructed at the water source and shall have two (2) outlets equally leveled. One shall be used by Mabaay and the other outlet shall be used by Monamon Norte while their irrigation system is being constructed.”

After studying the documents presented, representatives from Barangay Monamon Norte admitted that they were not aware of such agreements. They then decided to refer the matter to farmers who will possibly be affected by the improvement of water system in Barangay Mabaay.

The municipal mayor told the body that water is needed by everyone to be alive. He said that basing on the documents, Mabaay has a water permit and a valid agreement showing their right to install water pipes.

He then told the representatives of Monamon Norte to allow the installation of water pipes and told them not to worry because an upcoming water system project worth 9 million pesos will benefit Bansa.

Before leaving for another appointment, he shared some of his experiences as a former official of National Irrigators Association in settling water dispute. He advised them to refer to these stories to help them come up with a good decision.

Even with this advice, Monamon Norte representatives maintained that they will refer the matters to affected farmers and specifically to Mr. Salvador Lorenzo Jr. who installed a pipe from the water source.

They then agreed to conduct another meeting after consulting with their farmers and with the presence of Mr. Lorenzo who was known to have installed a pipe from the water source.

After two days, a second meeting to settle the issue was conducted at Barangay Sadsadan, a meeting point convenient for both the barangays.

However, not much was settled since the specific people needed by Monamon Norte were not present. Both barangays then agreed to discuss with their constituents the issues before the next meeting.

On May 29, 2017, the third and final meeting was conducted and representatives from both parties agreed that water is meant to be shared.

Concerns on insufficiency of water supply were also pushed aside after realizing that the whatever available natural resource is a blessing from the Creator for everyone to use.

Part of their written agreement during their last meeting also states that an intake tank with two outlets installed on the same level will be constructed to benefit both barangays.  They also committed to protect and preserve the water source and tanks.

In the end, the value of sharing natural resources and living in harmony with neighbors became the basis of resolution of the water source dispute. The water system in Barangay Mabaay was completed on October 31, 2017 and is now serving 270 households.