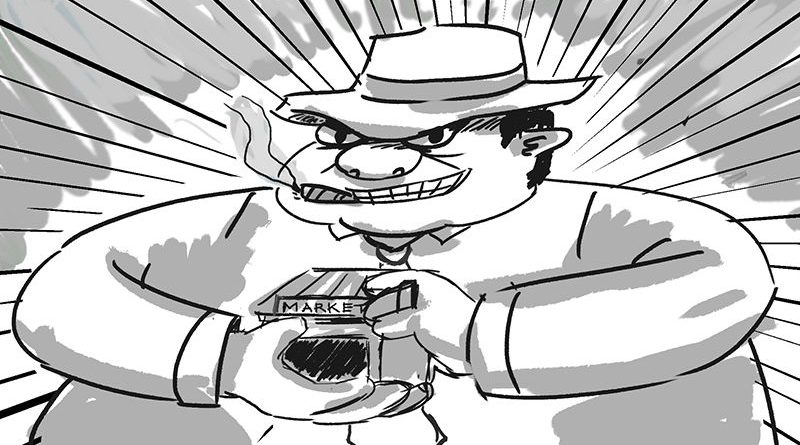 Ordinance No. 38 of 1995 prescribes the guidelines for the proposed development of the Baguio City public market that led to the signing of the market development contract between the city government and the Uniwide Sales Realty Resources Corporation on August 24, 1996.

Ironically, the winning developer was declared insolvent by the Securities and Exchange Commission and the same was even upheld by the High Court in a recent decision, thus, the company is undergoing liquidation proceedings with an assigned liquidation court and a liquidator.

Incidentally, the Baguio City public market was not part of the list of assets of Uniwide to be liquidated. This allows the city government the opportunity to undergo the required legal processes to free itself from the contract and look for possibilities on how to proceed with the desired development of the public market as one of the show windows of the city.

The residents and tourists are clamouring for the implementation of the long overdue development of the public market, far left behind by other first-class municipalities in Northern Luzon with upgraded public markets enjoying the benefits of having a well-developed market as one of their tourist attractions in their places. When will Baguio have a better market?

The case against the city government dragged for 22 years passing through several administrations.

Some parties pinpointing the problem of the present state to the decades-old market mafia that is earning millions of pesos from poor and helpless vendors. It is common knowledge some of the self-proclaimed leaders of several associations of vendors in the public market have been using their members as shield for their dubious activities, especially the sub-leasing of stalls by charging excessive rentals. It is ironic that lessees pay low yearly rental fees to the city government but on the other hand, actually collect thousands of pesos monthly from their sub-lessees making them millionaires in their own right. The market mafia has been able to circumvent existing law, rules and regulations governing the operation of the public market that allowed them to sub-lease. On the other hand, the different administrations of the city government has not been able to address this onerous arrangement through the years for reasons that it has been able to effectively impose these rules on the leases. The city government itself, is party to the illegal exploitation of its property.

Leasing a stall in the public market is not a right but simply a privilege granted by the city government to qualified individuals. However, the city government itself, through the sin of omission of not monitoring its lessees despite common knowledge of sub-leasing, and through sin of commission by not stopping the practice outright, is complicit to this crime. It has allowed the original lessees to continue to earn at the expense of the city government that authorized them to rent the stalls by sub-leasing the city property, and by holding on to the leases by passing these leases to their heirs or heiresses, as if these are private property. Requests for the bequeathing of said stall should be treated as indication of incapacity to use the stalls, and thus outright revocation, and then publication that it is available. It is common knowledge that stalls have become permanently owned by generations of descendants of original stall owners. That this has happened is to be blamed right at the seat of city governance. Perpetual ownership of stalls deprives other deserving individuals of the opportunity to do business in the public markets. The city government must stop sub-leasing and bequeathing of stalls and allow interested applicant to apply in an open transparent public bidding for vacated stalls.

One of the 15-core agenda of the present administration is for the city government to have a modernized market amidst the tedious legal processes involved in freeing the city from its contractual obligations with the supposed developer. While the city government’s legal action is being undertaken, the market mafia continues to earn millions of pesos from the rentals that they are collecting from their sub-lessees. The city government should embark on a multilateral action to stop on the decades of mulcting the city from its income from the stalls that it rightfully owns. It must aggressively end the market mafia if it has to modernize and properly govern the public markets.

We suggest that the present administration should calculate its actions but put emphasis in curbing the market mafia before anything else to allow it to start clean in the distribution of stalls to qualified stallholders through the conduct of competitive and transparent public bidding.

5     5SharesThis post has already been read 3878 times!The contact tracing teams of the city government of Baguio is being expanded