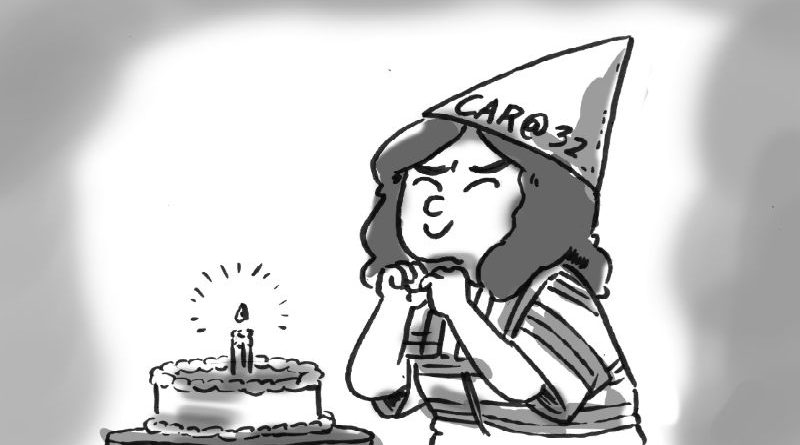 The Cordillera Administrative Region (CAR) will be celebrating its 32nd founding anniversary on Monday, July 15, 2018 with Kalinga provincial government as the host local government while the Cordillera office of the Department of Public Works and Highways (DPWH-CAR), which heads the infrastructure committee of the Regional Development Council (RDC) in the Cordillera, as the lead regional government agency in this year’s celebration with the theme “CAR@32: Building One Greater Cordillera”  to reflect the gains of the region over the past three decades as special administrative region with a temporary status.

The creation of the CAR was an offshoot of the historic Mount Data pace agreement between former President Corazon C. Aquino representing the Philippine government and Fr. Conrado Balweg of the Cordillera Peoples Liberation Army (CPLA) on September 13, 1986 at the Mount Data Hotel in Bauko, Mountain Province. Previously, the provinces of Abra, Benguet, Mountain Province and Baguio city were part of Region I while the provinces of Ifugao, Kalinga and Apyao belonged to Region II by virtue of Batas Pambansa Bilang I which was issued by former President Ferdinand E. Marcos that subdivided the country into 13 regions during the martial law years. By virtue of Executive Order No. 220 signed by former President Aquino on July 15, 1987, the aforesaid local governments were taken from their respective regions to comprise the Cordillera.

The region’s renewed quest for autonomy has been vibrant for over a decade now to permanently establish the mandated autonomous region and remove the threat of its being a temporary measure. A concrete example of the seeming abolition of the CAR is the fact that some Cordillera congressmen even signed the proposed Resolution of both Houses No. 15, the version of Congress on the government’s plan to shift to federalism, which does not include the establishment of the autonomous regions in Muslim Mindanao and the Cordillera. The Muslims in Mindanao now have their organic law so it does not matter if they are not mentioned there. How about the Cordillera? It seems the Cordillera lawmakers are not reading what they are endorsing. Instead of fighting for the retention of the present provisions in the Constitution mandating the establishment of the autonomous region in the Cordillera, they voted for the scrapping of the said provisions. What kind of leaders have we put in Congress?

Autonomy advocates have time and again reiterated that the realization of the constitutional provision mandating the establishment of the autonomous region in the Cordillera will be the primordial driver of growth and development in the region and moving the poor out of poverty.

The planned shift to a federal form of government is aligned with the desire of the Cordillera to gain autonomy during the process. In the position of the Regional Development Council (RDC), the Cordillera must embrace autonomy first before federalism as this is in consonance with the proposed devolution of powers and resources from the central government to the federal states.

As the region grows another year older, we believe Cordillerans have also matured in their acceptance of regional autonomy. We already experienced having been part of regions where we were treated as second-class citizens and deprived of a greater share of the pie that should have been used for the overall development of the region. Unfortunately, there are still people who refuse to understand the serious implications of the abolition of the region by an act of Congress without even resistance from our Cordillera lawmakers. While the region continues to improve with better infrastructure, let us not allow the golden opportunity for the region to become autonomous. Let us grab this rare opportunity to become an autonomous region and increase our chances of building a one greater Cordillera. But first, we must ensure our representatives in Congress do their work  by being vigilant in monitoring what they are doing. In the end, they might actually be selling us away. We must remind them that they are in Congress to make laws that ensure our development and well-being. It is high time to ask them, what are you doing for our regional autonomy? Remind them that there is an election. That is the only language they know.