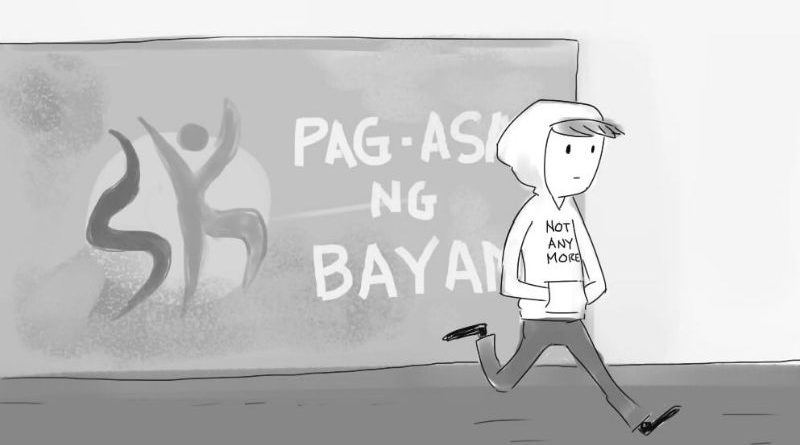 Republic Act (RA) 10742 otherwise known as the Sangguniang Kabataan (SK) Reform Law of 2015 was envisioned by the previous administration and lawmakers as the ultimate means of empowering the youth to be active members of the prestigious youth organization and catalysts of development in their places. The old SK law was criticized because the SK was used as training ground for the sons and daughters of politicians to succeed them, including learning the ropes of corruption. Under the previous SK law, youth aged 15 to 24 were considered members of the SK but the age limit was reduced to 15 but not more than 18 years of age.

Members of the SK then were criticized for mostly being inactive in the community as they had to attend classes. On the other hand,  there were SK officers and members who sacrificed their studies just to accomplish their mandate in their barangays and regularly attend meetings of their councils as mandated by existing laws, rules and regulations.

In 2013, the SK was abolished and the youth. This deprived the youth of the needed representation in national and local governance. The National Youth Commission (NYC) took the cudgels of consulting regions around the country to from the youth the necessary amendments to be incorporated in the SK Reform Act that was being crafted to ensure the greater participation of the younger ones in governance and community development, Much have been said about the SK Reform Act which was eventually enacted in 2015. Just by its title, the law was expected to remedy the weaknesses of the old law and introduce some more empowering provisions. To the disappointment of many younger ones, the SK Reform Act is actually not an improvement of the old law but a virtual replication of its supposed criticized provisions.

The lack of honoraria for SK kagawads, secretaries and treasurers has been retained in the new law. This is a significant factor in the very dismal showing and turnout of youth participation in the May 2018 synchronized barangay and SK elections. In terms of funds, the SK is entitled to 10 percent share from the annual budget of barangays which could be used by the youth group in funding the implementation of their youth-related programs and projects. The said provision can be found in both old and new SK laws, thus, it seems that there is no significant difference between the two SK laws.

The absence of remuneration for the duties and responsibilities attached to the SK positions is a major reason for the lack of interest for the youth in aspiring to become a kagawad or appointed as a secretary or a treasurer. For example, the treasurer handles the finances of the organization, thus, must possess qualification not required of the other positions, aside from the fact that he or she must be bonded.

Recently, the Cordillera Regional Development Council (RDC-CAR) and the Regional Peace and Order Council (RPOC-CAR) passed a joint resolution requesting the Department of Budget and Management (DBM) and the Commission on Audit (COA) to formulate guidelines authorizing the charging of honoraria of other SK officials aside from the chairperson to the share of the SK from the barangay funds for them to have a semblance of token for their services.

We believe that depriving other SK officials from the grant of honoraria for their services is an injustice to the youth. In fact, other SK officials like the kagawads, secretaries and treasurers seem to have greater responsibility compared to the chairpersons because they are in the frontline in attending to the group’s programs and projects. We support the clamor of SK officials for them to be granted at least a token remuneration for their services because they are often the ones doing errands in the barangays by their own barangay officials apart from their SK chairpersons. The youth deserve something better than pure public service. There is always a limitation to the quality of services that a persons renders, especially when it is voluntary. Something must be done about this before it will be too late in the day.

Let us not wait for our youth leaders to lose their interest in actively participating in governance matters to prepare them for as future leaders. Something urgent must be done at local levels to encourage the youth to serve but not go hungry. There is no question about the desire and the heart of the youth to serve. The question lies on how we can reciprocate the services they provide us. Let us not treat the youth differently from those in the local councils as this is tantamount to discrimination.