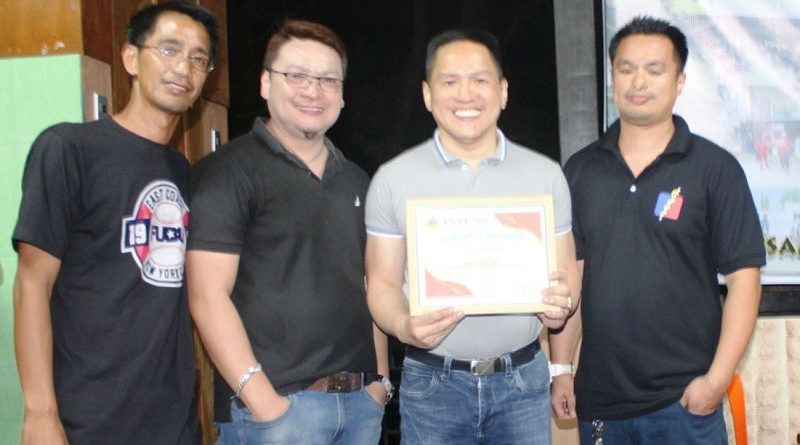 BAGUIO CITY – Vice Mayor Edison Bilog paid tribute to the camaraderie and brotherhood amongst members of the INSUNS, an international sports club in the locality, when he attended their 21st Founding Anniversary last October 6, 2018  as guest of honor and speaker in simple rights held at the Pine Transient House, Scout Barrio Barangay.

He pointed out that while sports is supported by the local government for the development of the individual in mind and body , the camaraderie and brotherhood as shown in the INSUNS organization uplifts the spirit of team work, that where all works as one in unison, more can be achieved.

Well-wishing the group, the vice mayor assures support by the government and himself of the many activities the group will do in the future, thanking various presidents of the sports club chapters locally and internationally.

Meanwhile INSUNS Baguio Chapter President Dr. Ivor  Salcedo in response thanked the Vice Mayor for the support he has shared the group, assuring more programs and activities that the group will undertake in accordance with the City Government standards.