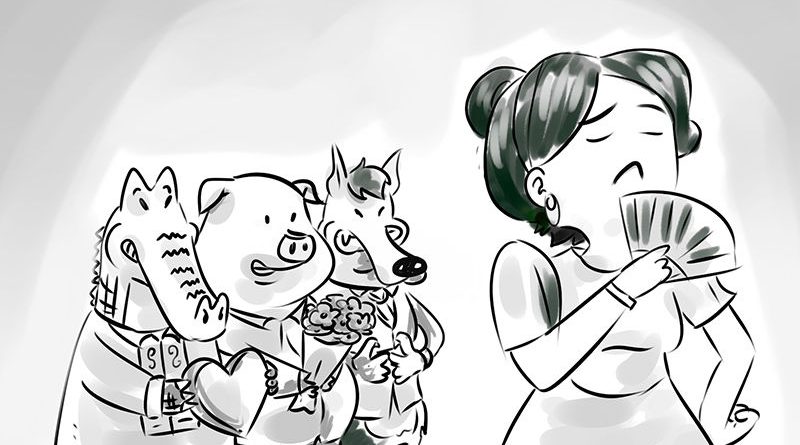 The 90-day campaign period for those aspiring for the 12 seats in the Senate and qualified party-list representatives has been on the roll over the past 45 days while the 45-day campaign period for those aspiring for seats as members of the House of Representatives, and other local elected positions just started en route to the May 13, 2019 mid-term elections Each of our candidates for the national and local elected positions have crafted their own gimmicks to win the votes of the electorate with the promise to render public service without the strings attached to it.

In some areas of the country, there were already recorded violent incidents among other election-related activities that compelled the Commission on Elections (COMELEC) and other independent poll watchdogs to consider the said places as areas of grave concern, while there are also places that have been historically peaceful during the campaign period and the elections.

The Cordillera, except for the conflict-stricken Abra, has been generally peaceful in terms of the conduct of the political exercise every three years that is why there are police and military authorities assigned in the region who are shocked about what they witness from our politicians and their supporters. What is evident among our politicians in most parts of the region is that they could go together in attending gatherings and even practice common campaigning to help in efforts to save resources unlike in other areas where police and military authorities have difficulty in managing the movement of feuding politicians to prevent their paths from crossing as this might result to violence.

What is common among our politicians in the region is that they are really great pretenders, especially during the campaign period, because it has been their style to be too pretentious and accommodating during the campaign period but when they get elected into office, everything becomes so different. Politicians tend to do the unusual things during the election period just to make it appear that their actions are pro-poor, pro-environment, pro-people, anti-corruption, etc.,  just to win the hearts of the electorate. But when, sitting in office, everything becomes the opposite. Our city is a witness to these actors. There are only a handful of politicians who had been elected into office a number of times who actually walk the talk. Our voters know and understand politicians who are great pretenders and those who perform their functions according to their mandates. These latter group have no need for spinners while the other kind of political animals have their campaigners work doubly hard just to package their bosses to make it appear they are really dedicated to serve and not to be served.

The social media accounts of politicians and their supporters clearly shows the difference in the way our politicians act, whether or scripted or naturally done. There are politicians who project themselves as always be on top of everything just to show their superiority, while there are politicians who go down to the people because they themselves experienced the difficulties of life and they understand how the people feel, or they genuinely identify with the concerns of those who have less. The election period is the time when politicians will do the impossible just to win but only those who deserve to be elected into office will emerge the winners.

Let us not gamble our future on politicians who are great pretenders. We will be the ones to suffer for the next three years when they show their true colours once seated in their respective offices. We already experimented changing our leaders in the past to those advocating for change. Did we get the promised changes? Let us be careful of politicians who distribute goods and money for they will try to recoup these once in office.

Let us be discerning of politicians who volunteer their services to advance the cause of some of the sectors but actually are simply interested in getting the votes of these groups, using the advocacies of these groups as their own. Check their track record in how they practiced their profession, in their consistency in their standpoint on issues, and their innate goodness in dealing with people.

Let us also be careful of politicians and their relatives who are making the elections as their income-generating activities. Influential people should be circumspect in providing support to great pretenders and the best way to get rid of these kind of people is to ignore the text messages circulating around demanding for support and promising to protect their interests once the politicians are elected into office.

Let us be careful in deciding to whom to vote on election day so that those deserving to be to be in public office are given the chance to give their services.