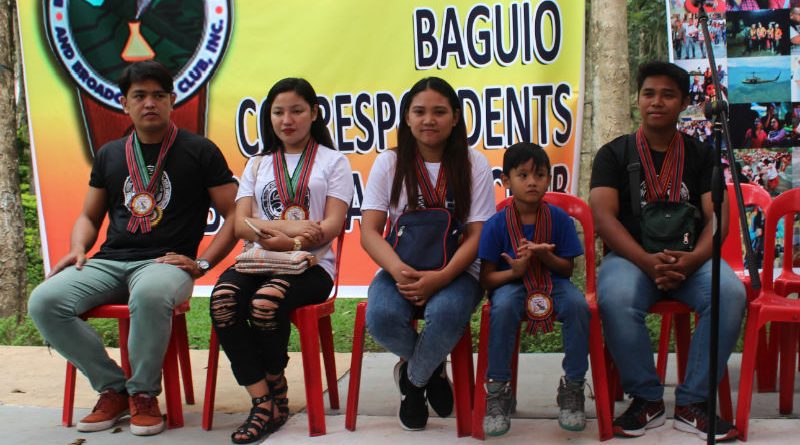 BAGUIO CITY  – The Baguio Correspondents and Broadcasters Club (BCBC) expressed its gratitude to the individual and corporate sponsors of the 2019 Search for the Lucky Summer Visitor that ended on Easter Sunday.

The BCBC is the oldest organization of media practitioners that was born in the country’s Summer Capital in the late 1950s.

The Search for the Baguio-Benguet Lucky Visitor is an annual program spearheaded by the BCBC in partnership with the city government, the Cordillera office of the Department of Tourism (DOT-CAR), the municipal governments of Pugo, La Union; Tuba, La Trinidad and Tublay in Benguet.

The successful batch of lucky visitors got a 4-day red carpet treatment from the organizers of the tourism promotion event that include hotel accommodations, meals, guided tours and souvenir items aside from their free transportation from Baguio City to Metro Manila right after the simple send-off ceremony provided them on Easter Sunday.

This year’s batch of lucky visitors who were selected from a Baguio-bound Victory Liner bus that was flagged down near the Flying V gas station in Cares, Pugo, La Union included Jeremi Lozada and his partner Joan Topac and their son Jayson Gabriel, as well as Cecile Petique and Eran Mae Santiago, all of Antipolo City, Rizal, who were first time visitors to the city.

The BCBC established the annual media camp right at the picnic grove of Burnham Park which served as the main convergence area of media practitioners who supported the undertaking from Holy Tuesday to Easter Sunday. By Dexter A. See