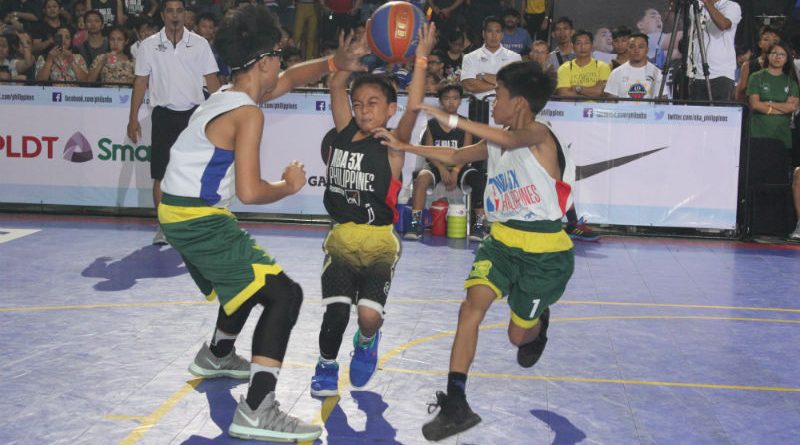 Two teams each from Baguio and Dagupan topped their respective divisions to lead Northern Luzon Teams in dominating the NBA 3X Philippines 2018 held at the SM Mall of Asia Music Hall on August 25-26, 2018 graced by NBA legends Tim Hardaway, Sr. and Brian Scalabrine.

UL-Dagupan A, SLU A, Greyhounds and Balon Dagupan lead a North Luzon romp that saw them top four of the six categories during the event.

Meanwhile, Discovery Perlas and HIMC Monarchs 2 of Caloocan were the others hailed as champions of the three-on-three tournament.

HIMC Monarchs 2, made up of John Dominic Geli, Jeth Monteleyola, Renzo David Apolonia and Alfon Jazmin edged out the Caloocan Supremos C, 13-12, in the Boys Under 18 finals.

A total of 1,200 players, 456 from the Baguio eliminations and 744 from the Metro Manila qualifiers, participated in this year’s NBA 3X preliminary tournaments.

The NBA 3X Philippines 2018, presented by AXA, brought authentic NBA entertainment to fans. Also highlighting the event along with Hardaway and Scalabrine are the Detroit Pistons Flight Crew.

The five-time NBA All-Star Hardaway and NBA Champion with the Boston Celtics Scalabrine engaged the fans and helped coach a basketball clinic for 20 kids from AXA, while the Detroit Pistons Extreme Team showcased their aerial dunks and acrobatic performance.